Tacha has called out Ubi Franklin for the Instagram Live interview he did with Mercy where he stated that one person he didn’t want to see in the Big Brother Naija house was Tacha.

Ubi said during the interview that Tacha had once sent him DM begging him to help her with his connections so she could get into Big Brother house. He said he told her he didn’t have such connections and after that, she began doing videos to insult him online.

MUST READ:  ITS BACK! Dortmund To Battle Schalke As Bundesliga Returns (See Fixtures)

Ubi didn’t end there. He had another Instagram Live interview with Tacha’s former manager Teebillz and during the interview, Ubi said that he got Teebillz endorsement deals for Tacha. 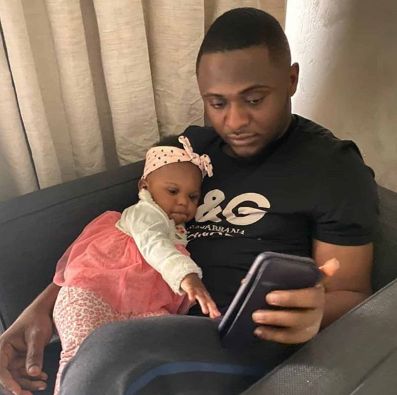 Tacha hit back in an Instagram Live video of her own.

In the video, she had on a crown then took off the crown to insult Ubi, before wearing the crown back.

She said in the video that she has turned down numerous deals and Ubi can’t claim he got her deals.

See the video below:-

The post You Have Kids To Feed, Go And Pay The People You Owe – Tacha Says As She Attacks Ubi Franklin Again (Watch Video) appeared first on Naijaloaded | Nigeria's Most Visited Music & Entertainment Website.

One thought on “You Have Kids To Feed, Go And Pay The People You Owe – Tacha Says As She Attacks Ubi Franklin Again (Watch Video)”

NL PREDICT!! Who Will Score The First Goal In The Tottenham vs Liverpool Match On Thursday? (Cool Cash To Be Won)

The Premier League title race is heating up Tottenham Hotspur and Liverpool find themselves on the periphery of the title-chasing pack as they prepare to...