The world-renowned encyclopedia, Wikipedia has threatened to take down the information page belonging to Nigerian reality star, Tacha if it violates their policies.

According to multiple reports, the page has been reported by a number of people and this has caused a big problem.

MUST READ:  How Davido Signed May D To DMW Record Label

The suspected trolls are not even done as some articles and links associated with Tacha are being deleted on the famous site.

The reality star, however, is yet to address the issue and this has caused her fans to panic. 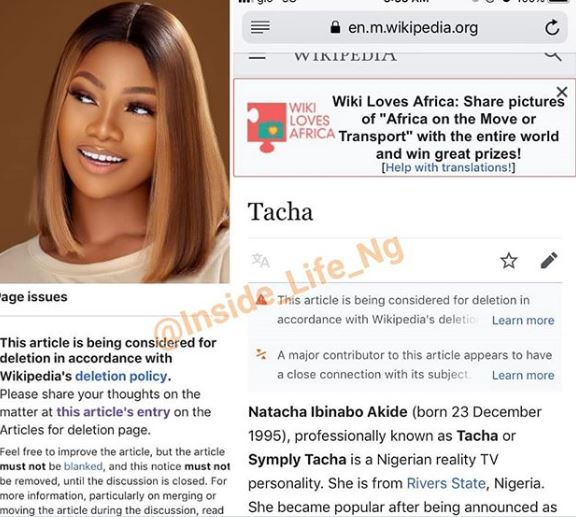 MUST READ:  JUST IN!!! Yoruba Leaders Decry State Of Nigeria, Warn Buhari On 2023