Nollywood actress, Kate Henshaw has also called out the President of Actors Guild of Nigeria (AGN) Emeka Rollas over the enlistment of Senator Elisha Abbo as a patron of the association.

In her tweet, the veteran actress stated that the Adamawa lawmaker who was spotted in a video months ago assaulting a nursing mother in a sex toy shop’, is not worthy to be a patron of AGN.

MUST READ:  NL FIRE ON THE MIC! Khryz Arrbey Or Sydon J, Who Killed This Beat More? (WATCH & JUDGE)

Kate Henshaw added that there are women in the guild and they don’t want to be slapped. She tweeted; 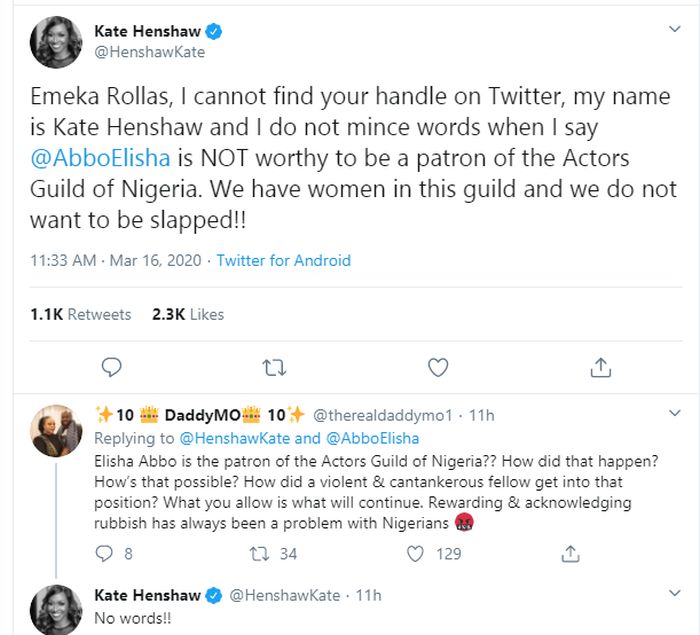 This is coming after veteran actress, Hilda Dokubo spoke up against the enlistment of Senator Abbo as a patron of AGN.

The post “We Do Not Want To Be Slapped” – Kate Henshaw Says As She Reacts To Elisha Abbo’s Appointment As AGN Patron appeared first on Naijaloaded | Nigeria's Most Visited Music & Entertainment Website.