The United Kingdom has joined the United States in resisting a plan by the Federal Government to hand over nearly $110 million of funds the American authorities say was stolen by late dictator Sani Abacha to Kebbi State Governor, Abubakar Atiku Bagudu.

According to Bloomberg, the governments of Nigeria, the UK and the US, are involved in a dispute over investment portfolios worth 141 million euros ($155 million) traced to Abacha and held in trust for Bagudu, the governor of Nigeria’s northern state of Kebbi, and his family.

Nigeria is seeking the approval of a U.K. court to take ownership of the assets before returning 70% of the proceeds to Bagudu under the terms of a 2018 deal.

The U.K. government’s National Crime Agency “is opposing the Federal Republic of Nigeria’s application,” according to a motion filed by Bagudu’s brother, Ibrahim, to the District Court for the District of Columbia in the U.S. capital on March 30.

MUST READ:  Jose Mourinho Will Win Trophies With Tottenham – Poyet

The U.S. Department of Justice said in February that its Nigerian counterpart is hindering its efforts to recover the allegedly laundered money from the U.K.

The U.S department of Justice is accusing Bagudu, 58, of being part of a network controlled by Abacha that “embezzled, misappropriated and extorted billions from the government of Nigeria.”

While successive Nigerian governments have repatriated billions of dollars looted by Abacha, who died in office in 1998, the administration of President Muhammadu Buhari says it’s prevented from assisting the U.S.’s ongoing forfeiture efforts by an agreement between Bagudu and a previous government in 2003.

MUST READ:  Petrol: Nigerians Will Pay More Even With Refineries – Chike-obi 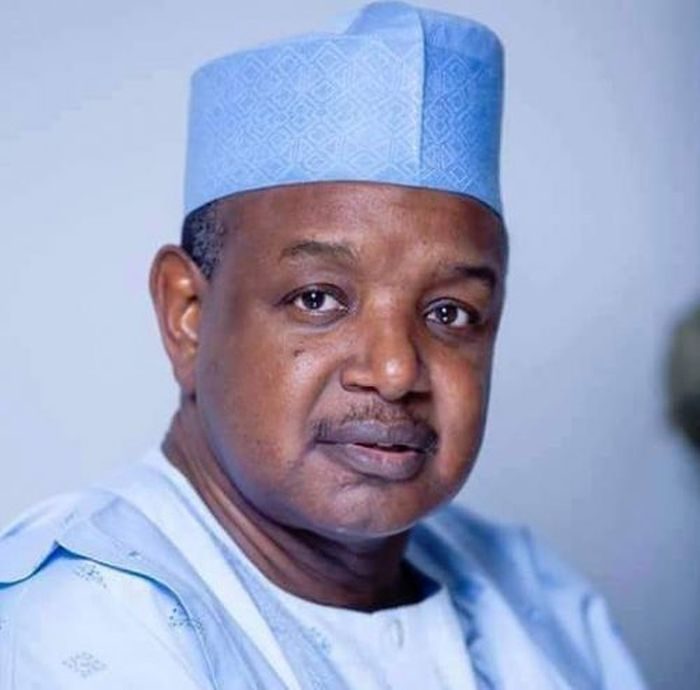 Abacha is estimated to have stolen as much as $5 billion during his five-year rule.

That 2003 settlement, which was approved by a U.K. court, allowed Bagudu to return $163 million to Nigeria “without admitting to wrongdoing,” according to U.S. court filings.

In return, the government dropped all outstanding civil and criminal claims against him.

Bagudu was elected a senator in 2009 and the governor of Kebbi State six years later.

Five years after the U.S. launched fresh forfeiture proceedings against him, Bagudu and Buhari’s administration struck a new accord in October 2018 to transfer ownership of the investment portfolios to the Nigerian state, which would immediately pay 98.5 million euros to the Kebbi governor and his affiliates.

The terms of the updated settlement can’t be implemented while Nigeria’s application in a U.K. court is pending and a freezing order is still in place, according to a motion by Ibrahim Bagudu, who is entitled to a $100,000 annuity from the funds and is contesting the U.S. confiscation efforts.

Although the DoJ and NCA oppose the 2018 settlement, Ibrahim Bagudu and the U.S. government “recently commenced preliminary discussions regarding a potential negotiated resolution to this matter,” according to a motion filed by the U.S. government to the district court on March 13.

BBNaija: “Relationship Was Not Part Of My Plans But Would Have Love To Have One” – Dorathy (Video)

DO YOU AGREE? “Igbo Women Are The Most Romantic Set Of Nigerian Women” – Lady Sparks Debate

BBNaija: “Two People Are Leaving On Sunday, And I Am Not One Of Them” – Laycon Declares

“If You’re Insulting Your Parents Because Of Ferrari, Then They Deserve It” – Singer Seun Kuti