Organizers of top European festival Glastonbury Festival where Seun Kuti and Burna Boy were billed to perform has announced the cancellation of the 2020 edition of the festival.

The show which is one of the biggest event in the UK announced the likes of Kendrick Lamar, Taylor Swift, Burna Boy, Seun Kuti and many other artistes.

MUST READ:  Stella Damasus Pens A Heartfelt Message To Her Husband As He Turn A Year Older

But following the increased spread of the highly contagious epidemic, the organizers who earlier this week announced the names of artist billed to perform at the festival has been forced to cancel the festival.

Making the announcement in a press release issued on its official twitter handle, the organizers disclosed that the ticked deposit already made for this years edition will roll over to next year.

According to there statement 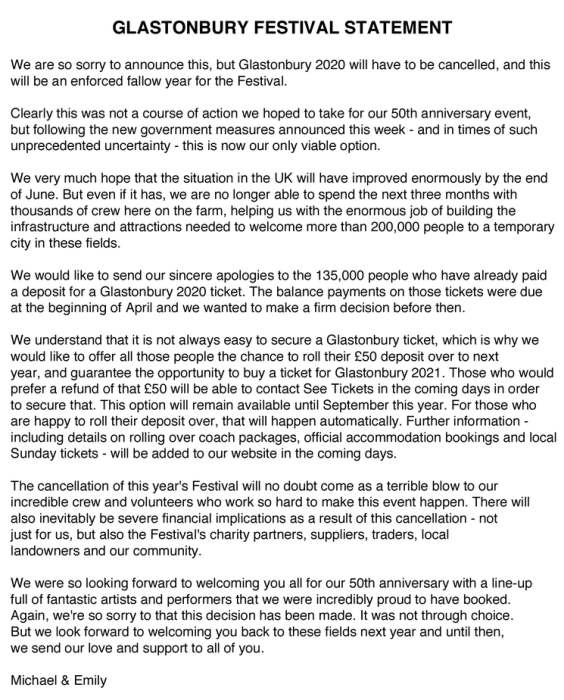 The post UK Show Where Seun Kuti And Burna Boy Were Listed To Perform Cancelled Due To Coronavirus appeared first on Naijaloaded | Nigeria's Most Visited Music & Entertainment Website.