Oga Chucks who hails from Abia state is a plumber in Yenagoa, Bayelsa state. According to our sources, he met the girl(Name withheld) on her way to school this morning on a lonely path, forcefully dragged her into a nearby bush and forced himself on her.

He ran out of luck when two women on their way to their farms, heard the cry of the girl and raised an alarm.

He was caught by youths in the village, who stripped him naked, ties him up and beat him up mercilessly.

The girl has been rushed to a nearby hospital for treatment and Oga Chucks has been handed over to the police.

MUST READ:  Top 20 Songs That Rocked The Month Of April (Which Of Your Favorite Tracks Didn’t Make It?) 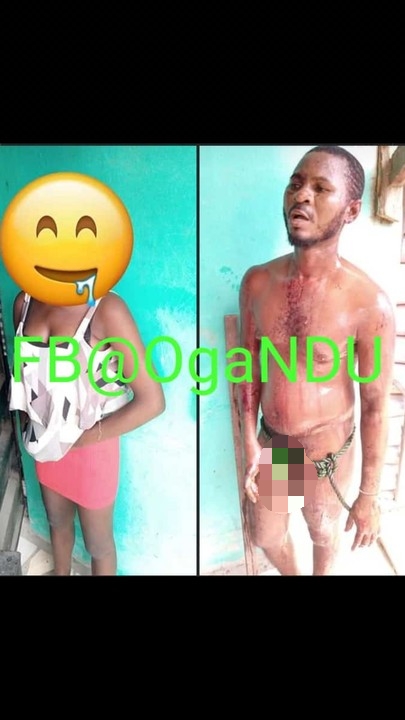 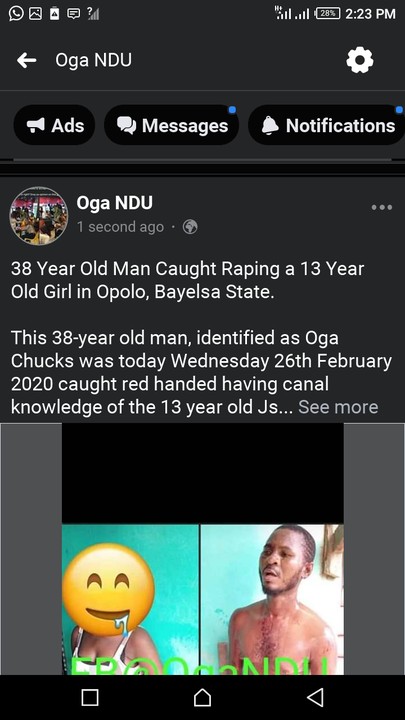