Following the arrest of popular Nollywood actress, Funke Akindele, for organizing a birthday party for her husband despite the stay at home order given by the government due to the Coronavirus, some Nigerians are accusing the Police of bias.

MUST READ:  FG In Need Of More Oxygen As COVID-19 Deaths Increase

They pointed ou that the former governor of Lagos State and APC leader, Bola Ahmed Tinubu, also celebrated his birthday at his residence last week and neither was he questioned nor arrested by the police. 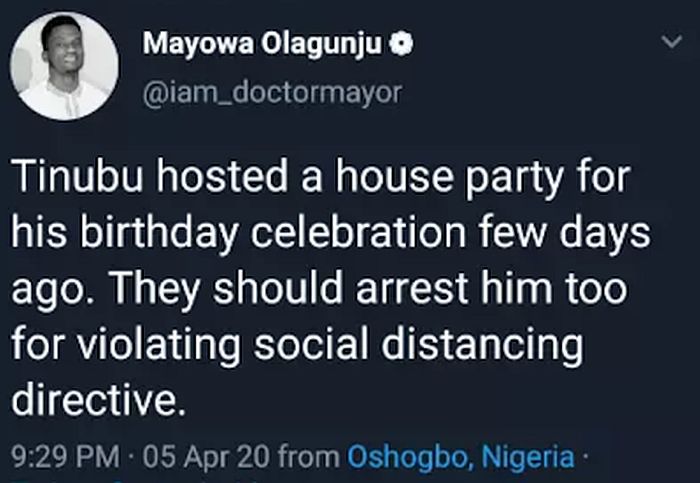 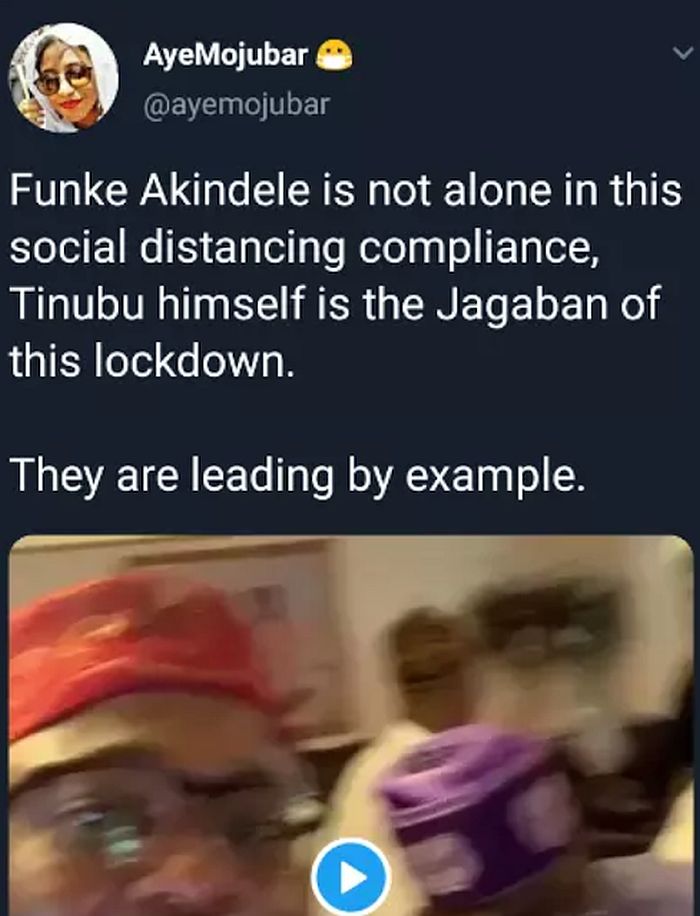 MUST READ:  Fasanmi’s Death, A Huge Loss To Nigeria — PDP

LOVEBIRDS!!! Black Lady And Her White Man Trek Back Home After Their Wedding (Photos)