A corps member has died hours after complaining of stomach pain.

He was rushed to the hospital but was pronounced dead shortly after.

MUST READ:  GOOD NEWS!! Child Deaths In Nigeria Over Malaria Has Decline By 16% In 10 Years

The deceased was a Food Technology graduate of the Federal Polytechnic Offa, Kwara State.

Friends and fellow corps members have gone on Facebook to mourn him.

See a screenshot of one of the posts below:- 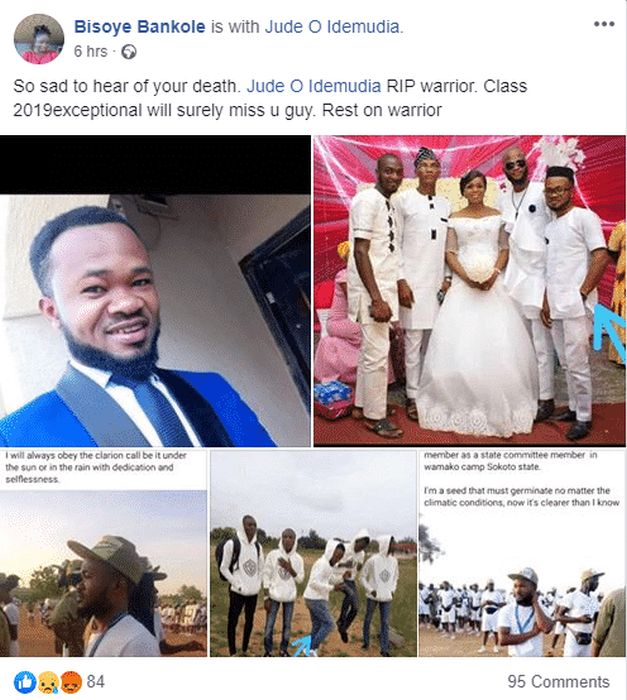 MUST READ:  Is Davido Already Broke? – See How He Smartly And Quickly Picked His Dollars On The Floor – (Watch Video)