Former Super Eagles Striker, Daniel Amokachi, has advised Odion Ighalo, who is currently on loan at Manchester United to accept the £400,000 weekly (about N190 million) salary his parent club, Shanghai Shenhua is proposing for him to return to the Chinese Super League. 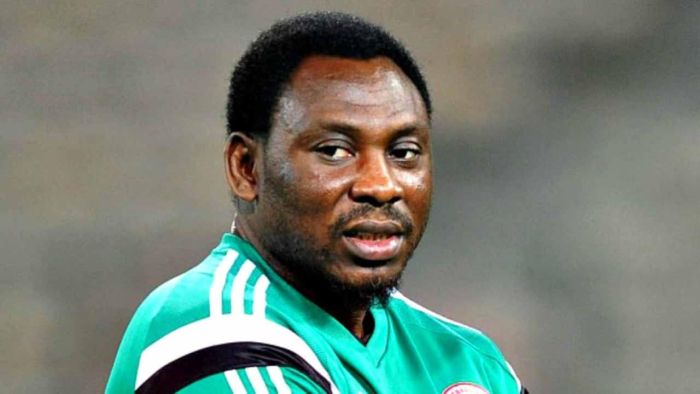 Amokachi said Ighalo needs to understand that as an African footballer, getting such an attractive deal would help boost his profile as one of the best strikers in the world.

He also commended Ighalo for taking a bold step to accept a pay cut to play for Manchester United, saying that putting every distraction behind him to play for his dream club was a noble decision.

Amokachi added that the tempting offer from the Chinese club indicated that the erstwhile Super Eagles forward still had much to offer in his career.

“Ighalo should go back to China and accept the offer Shanghai Shenhua is offering him.

“During my days in football despite having the passion for the game, I still aspired to earn attractive wages as an African footballer coming from the streets of Nigeria to play football in Europe.

“Also other top player across the world till this moment change clubs because of wage issues. Some are even lured to remain in their present clubs by increasing their wages.

“Football is big business. Ighalo should accept the offer and go back to China,” he said.

Manchester United signed Ighalo on loan from his Chinese club side, Shanghai Shenhua, on the January 2020 transfer deadline.

According to reports, the Red Devils are planning to sign the 30-year-old on a permanent deal this summer for £15 million pounds when his loan deal ends on May 31, 2020.

The post See What Amokachi Told Ighalo Over His Man United & The New China Deal >> What Do You Think? appeared first on Naijaloaded | Nigeria's Most Visited Music & Entertainment Website.