A student of the Ladoke Akintola University of Technology, LAUTECH, Ogbomosho has alleged that some SARS operatives forced him to send his school fee to them.

According to the man who reported the case on Twitter, his pleas fell on deaf ears as they insisted he cleared his bank account.

The money was however transferred to an account number with the name Julius Erhauyi Ighebor.

I have a deadline to pay the school fees before Monday they didn’t listen they threatened to kill me if I don’t send the money. @segalink please help me sir please sir. 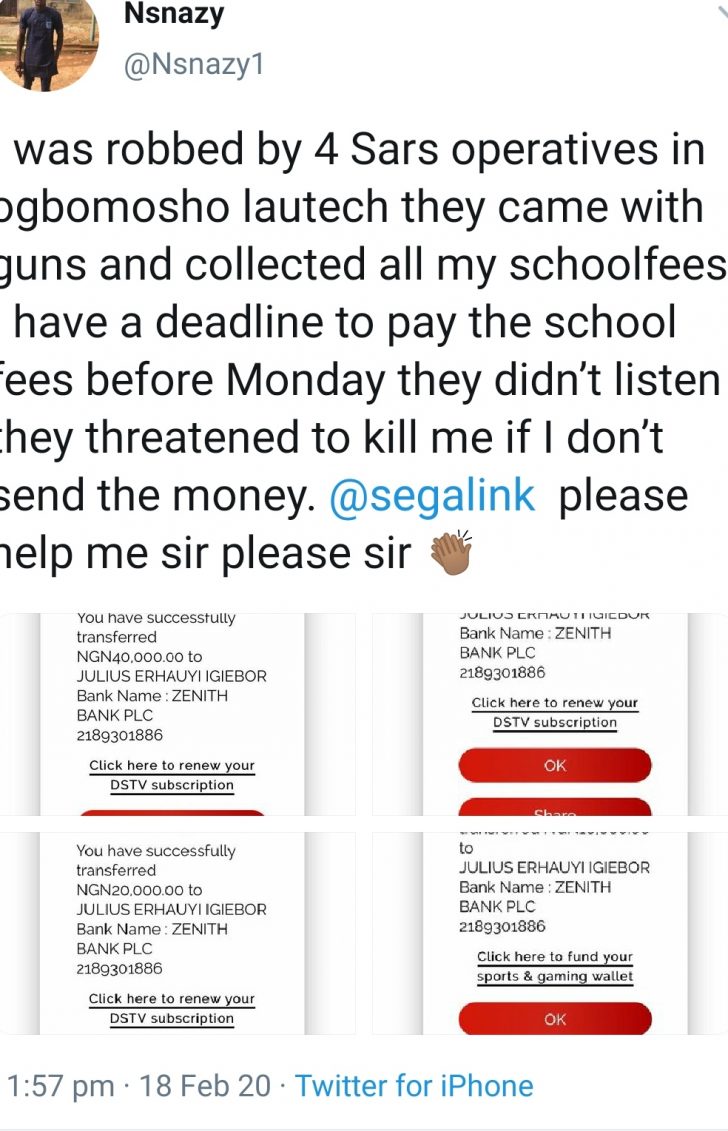 LET’S TALK!! Does A Man Penis Size Really Matter or How It’s Been Used?

You Are Starting Your Company – Which 1 Of These Billionaire Would You Pick As Your Business Coach?

Femi Otedola’s 3 Ferrari Gift To His Children – As A Nigerian, You All Are Suppose To Be Crying (Read This)

Amidst Cheating Allegations, Actor Timini Sends A Message To People Who Don’t Like Him

BBNaija: Neo Exposes Himself, Discloses To The Housemates What He Did Before Coming Into The House

BBNaija: “When I Leave The House, I’ll Set Up A My Own Studio” – Laycon