A five-storey hotel being used to quarantine suspected cases coronavirus in the southeast Chinese port city of Quanzhou collapsed on Saturday March 7, leaving about 70 people trapped.

Videos shared from the scene of the incident showed rescue workers in orange overalls clambering over the rubble of the Quanzhou Xinjia Hotel and carrying people towards ambulances.

Though what caused the collapse is not clear at the time of filing this report, it was however gathered that about 35 people have been pulled from the rubble. The hotel reportedly opened in 2018 and had 80 guest rooms.

An eyewitness said in a video posted on the Miaopai streaming app:-

“I was at a gas station and heard a loud noise. I looked up and the whole building collapsed. Dust was everywhere, and glass fragments were flying around.

“I was so terrified that my hands and legs were shivering.”

On Friday March 6, the Fujian provincial government said the province of Quanzhou, which is a port city on the Taiwan Strait with a population of more than eight million people, had 296 confirmed coronavirus cases.

MUST READ:  BBNaija: “Kiddwaya Wanted Erica To Go Home So He Can Focus On Nengi” – Actor, Timini Egbuson Reveals

The provincial government added 10,819 people had been placed under observation after being classed as suspected close contacts. 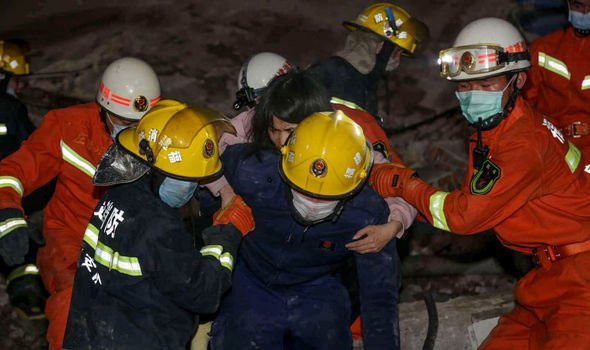 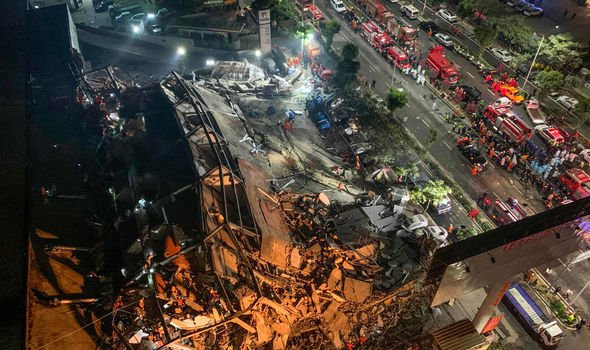 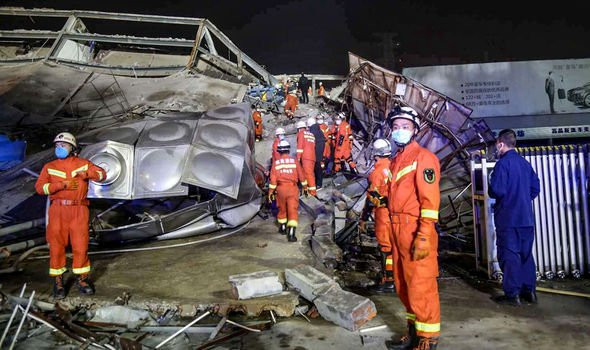 From The ‘Slum’ To World Stage! 3 Nigerian Players Who Made It Big Despite The Tough Challenges