According to a Press release by Remo Stars Football Club, Tiamiyu was picked up by SARS officials on his way home from training with a colleague.

He was accused of being an internet Fraudster (Yahoo boy).

Tiamiyu reportedly identified himself as a footballer as the SARS operatives were taking him to their office in Abeokuta and he was allegedly pushed out from the SARS vehicle by the officers.

An oncoming vehicle crushed him to death on the Sagamu-Abeokuta Expressway.

A police statement initially claimed the footballer jumped out of the vehicle in an attempt to escape and was crushed by an oncoming vehicle.

MUST READ:  Jose Mourinho Continues To Blast Arsenal Ahead Of North London Derby

However, Sanni Abubakar, a friend, and teammate of Kazeem, who was also arrested by the SARS officials, said the SARS officials pushed Tiamiyu out of their Toyota Sienna vehicle before he was killed by an oncoming vehicle.

A candlelight session was held in his honor yesterday Thursday, February 26th, and he has now been buried today. 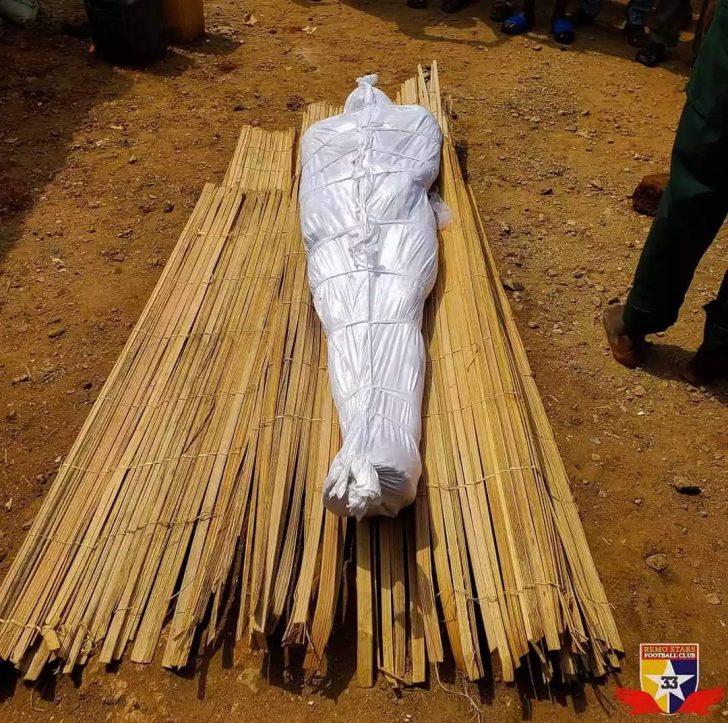 BBNaija: “I Attacked Nengi Because Of Ozo” – Lucy Tells Dora

We Will Continue To Pursue Peace, Even In Face Of Provocation – Obaseki