The Mavin Records signee performed alongside American rapper 2chainz at the event.

The announcement that Rema would perform at the NBA All-star Weekend was made on Saturday and the singer performed on Sunday when the main NBA All-Star game holds. 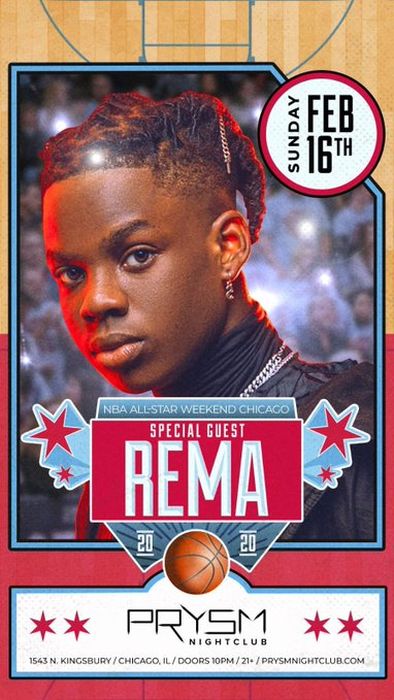 Activities for the weekend started on February 14 and spanned until Sunday, February 16.

Tega Oghenejobo, one of Mavin’s executives made the announcement of the “Dumebi” hitmaker’s performance at the event via his Twitter page.

Watch the young star’s performance below:-

MUST READ:  Coronavirus: “Prepare For The Worst” – FG Tells Nigerians