Ghanaian actress and media personality, Efia Odo took to her Insta-story to share a damning statement on religion.

Efia Odo in her post stated that the ”creator of universe has no religion.” She also stated that religion was created by men to relegate women.

MUST READ:  President Buhari Reacts As Bandits Kill 47 In Katsina

The actress backed her claim by stating that ”there are no female angels. She added that religion keeps one limited. 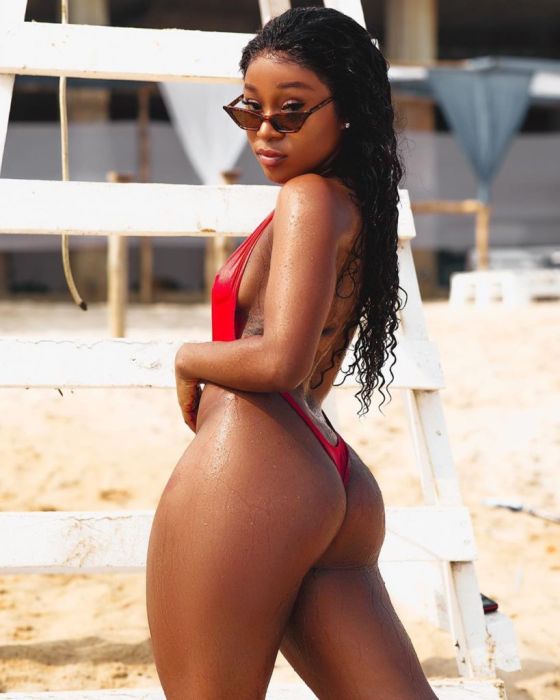 “The creator of this universe has no religion! Religion was created by humans specifically the males. Reason why they make the gods in religion male and relegate the female energy to the background. No surprise they have no female angels. Religion keeps you limited.”

MUST READ:  Are You Bored?? Watch This Funny Video Made By Paul Cleverlee (VIDEO) 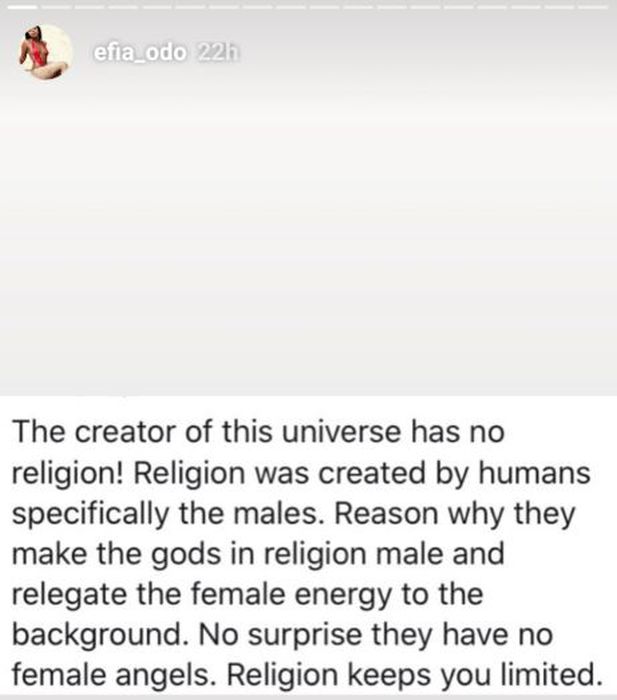 Do You Agree? We Need China’s Help In Tackling Insecurity – Gbajabiamila

Is It Safe To Visit Nigeria During This Pandemic?