Nigeria’s former President, Olusegun Obasanjo was recently caught on camera prostrating before a monarch in Ogun.

The former president went flat on his face to pay obeisance. 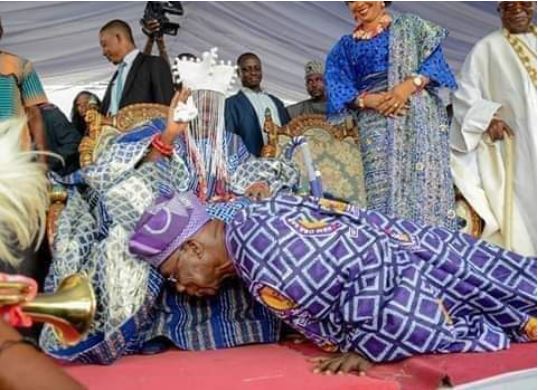 Obasanjo who is 83 years old, was captured in the photo heartily prostrating for the monarch, Agura of Gbagura, who is 59-years-old, in Abeokuta, Ogun State.

The photo has gone viral sparking some reactions on sociaol media.

ARSENAL FANS!! Are You In Support Of Arsenal Selling Mesut Ozil To Fenerbahce?

WONDERS? A Town In The US Elects Goat And Dog As Mayor