Three men arrested for being in possession of used female pant on Wednesday appeared before a Magistrates’ Court sitting in Ile Ife, Osun State.

The defendants — Odelola Olawuyi, Ajayi Damilare, and Toheeb Elugbaju were caught with the item and they allegedly failed to give convincing explanation on how they came about it.

Police prosecutor, Emmanuel Abdullahi, said the men committed the offence between April 6 and 7, 2020, in Ile-Ife.

He added that the defendants also failed to comply with the stay-at-home order of the Osun State Government meant to prevent the spread of coronavirus. 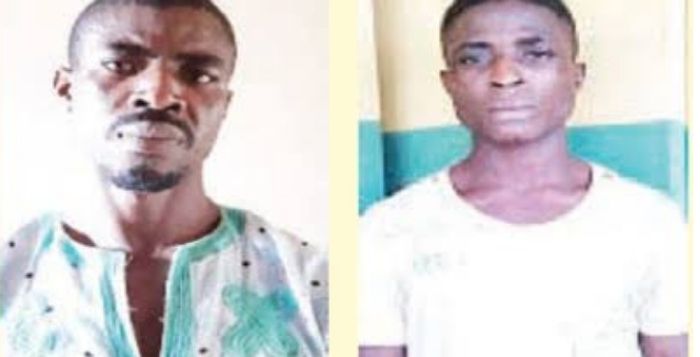 The defendants pleaded not guilty.

MUST READ:  I Have No Regrets, Says Lady Who Drowned Own Baby Inside Bucket

Their counsel, Mr Leke Dada, urged the court to grant the defendants bail.

The magistrate, Joseph Owolawi, admitted the defendants to bail in the sum of 200,000 naira with one surety in like sum.

Bella Shmurda is not planning to slow down for anybody this new year, 2021 as he sets to drop another jam titled “Parte!“ Not long...

SO BAD!!! See The Number Of Coaches CHELSEA Has Used Since 1986 – More Than The Club EPL Trophy