43 rifles and 1,117 ammunition hidden at Lame/Burra forest in Ningi Local Government Area (LGA) of Bauchi state, have been recovered by security operatives.

The arms were uncovered by a renowned bounty hunter, Ali Kwara who led the operation in collaboration with security agents. Though no arrest was made, the recovered ammunitions were however exhibited at Bauchi Government House.

MUST READ:  GOBE!! US Slashes Imports Of Nigerian Oil By 60%

Governor Bala Mohammad commended security operatives and also described the arms recovery as a “great feat”. He stated that there would be no hiding place for criminals in the state.

“In collaboration with the police, we have really confiscated this from bandits who are at large and they have run away from Bauchi.

“There are some informants within and outside the towns of Bauchi and environs that are helping us to do this and this is a collaboration between both the government, Ali Kwara and the security agencies so that we will be able to have a very concrete community engagement with a view to knowing all those bandits.”

Here are photos below:- 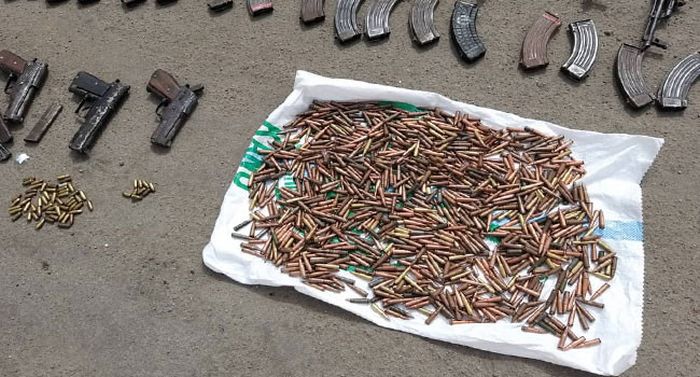 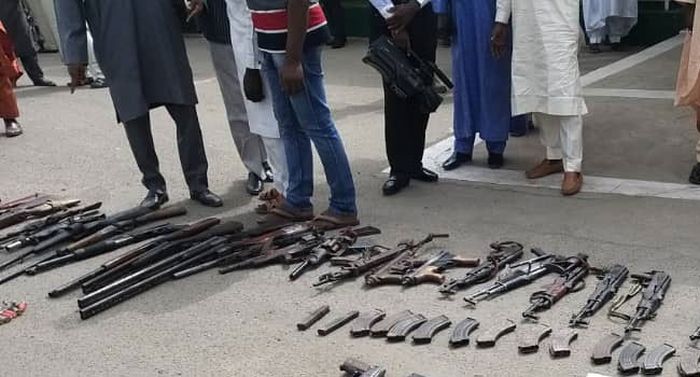 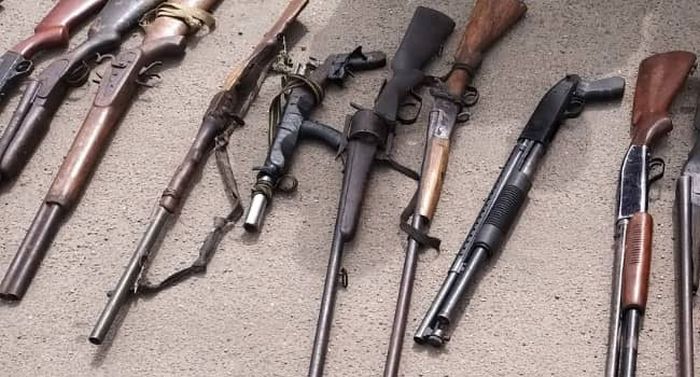 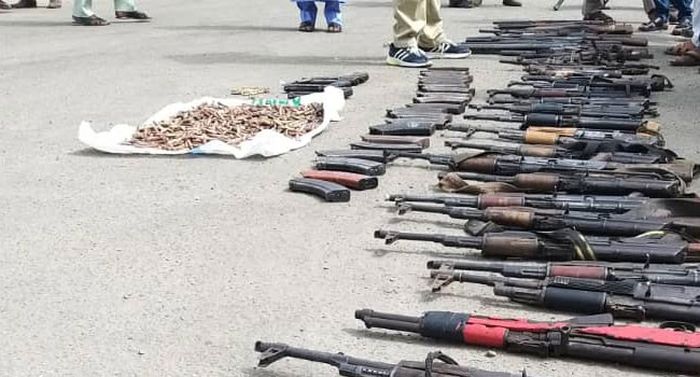 Shock As Woman Dies During Sex Romp With Policeman In Ekiti