Tragedy struck in the Ondo state after a police officer simply identified as Tolulope, allegedly shot his wife dead and later killed himself in their home

Confirming the incident to newsmen, the state police command spokesperson, Tee-Leo Ikoro, said it is quite unfortunate that such a thing happened in the state.

MUST READ:  ANTICIPATE!!! Teni And Niniola Collaboration To Drop Soon (Suggest A Title For Them)

According to Ikoro, investigations are ongoing into the case as the couple were the only ones at home when the incident happened, so no one can actually say for a fact it was a case of murder and suicide.

However, neighbors of the deceased couple say they have been at loggerheads as the policeman has always accused his wife of cheating on him.

The neighbors claim the deceased officer never trusted his wife, accusing her of always receiving different calls from different men.

The couple left behind a three weeks old baby and a two year old child.

See graphic photos from the scene below:- 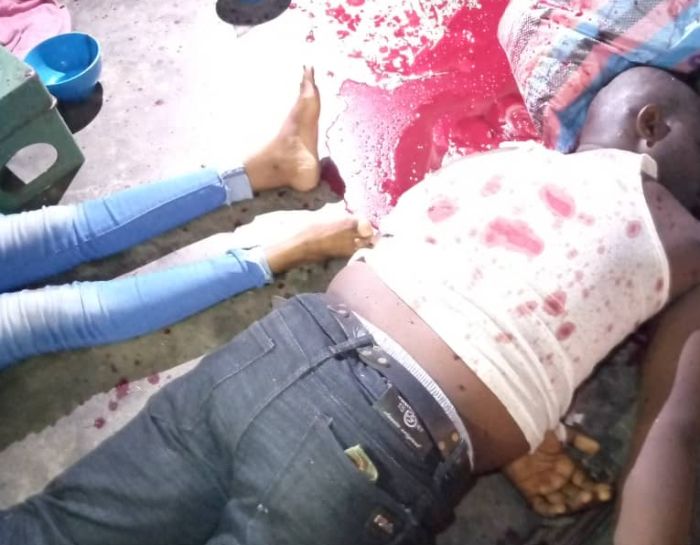