The professional boxer was recently at the National Identity Management Commission (NIMC) office in Abuja, the nation’s capital, for the registration.

The pictures were shared by NIMC of their official Twitter handle with the caption, “Anthony Joshua enrolls for the National Identification Number and issued his NIN slip.”

In reaction to the post, many Nigerians were quick to lodge their complaints that since they applied, they were yet to get their NIN number. They opined that Nigerians should be treated equally despite the status.

MUST READ:  Real Madrid Striker Benzema Defends His Comment On Giroud (See What He Said)

Some others in their reactions explained how they got their NIN immediately after they enrolled. 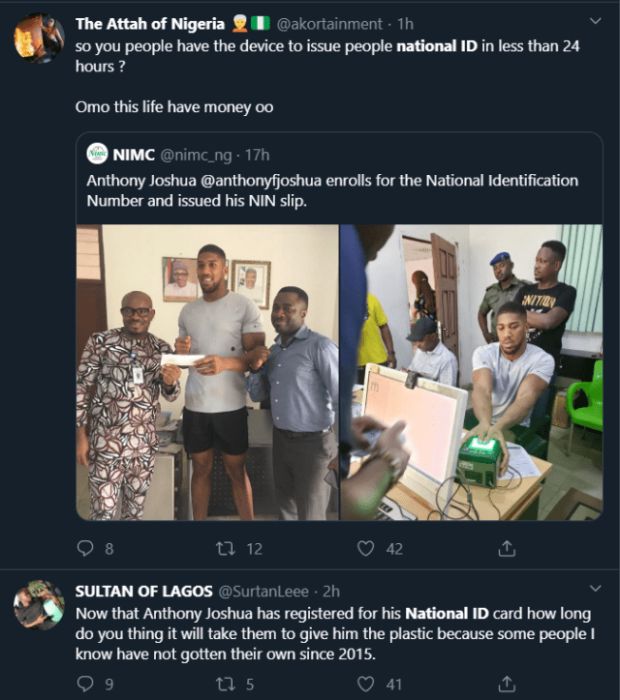 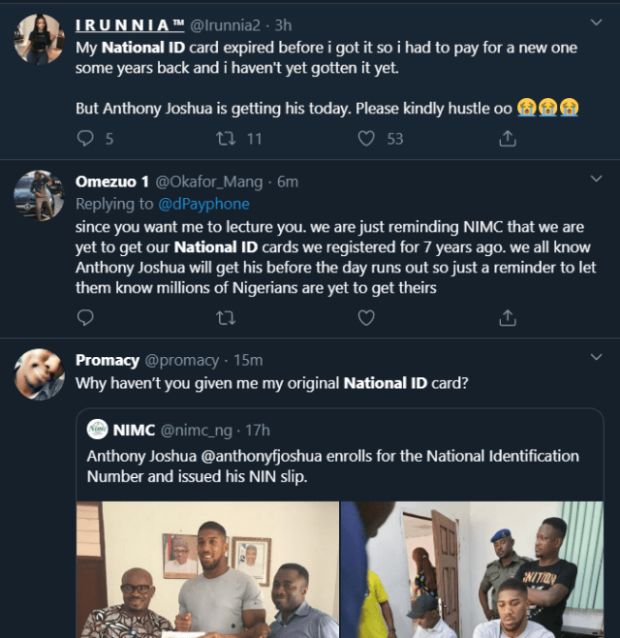 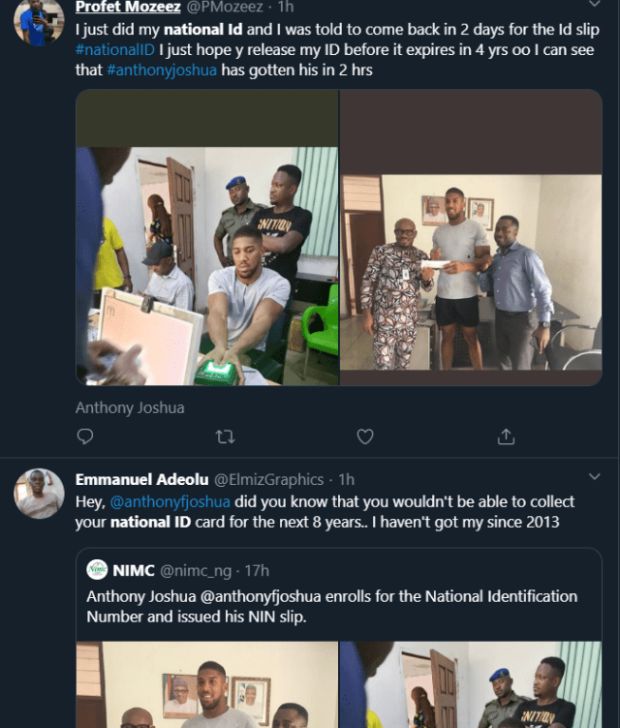 The post “No ID Card For The Next 8 years” – Nigerians React As Anthony Joshua Applies For Nigeria’s National ID Card appeared first on Naijaloaded | Nigeria's Most Visited Music & Entertainment Website.

MUST READ:  Bundesliga Is The Best League In The World – Oliseh

I Earned More As A Professor Than As Minister – Pantami

How We Scouted For Pregnant Teenagers, Made Millions Selling Their Babies After Delivery – Couple Operating Baby Factory