Reno Omokri, a popular social media commentator has lamented that Nigeria was once among the happiest nation on earth during the administration of former president Goodluck Jonathan in 2011.

Speaking in a post via his official Twitter handle on Friday, he stated that in the recent survey, the country is not even ranked in the top 100.

MUST READ:  We Are Improving, Expanding – NCDC Says As They Increases Number Of Daily Tests To 2500

Read what he tweeted below:- 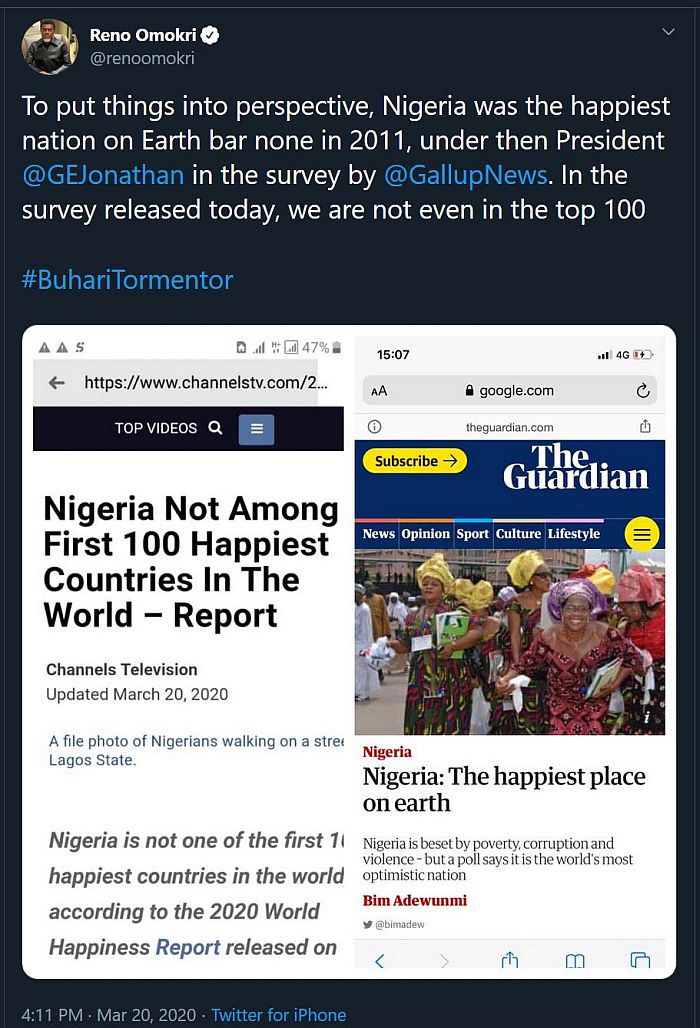 The post “Nigeria Was Among The Happiest Nation Under Jonathan’s Regime” – Reno Omokri appeared first on Naijaloaded | Nigeria's Most Visited Music & Entertainment Website.

Stay Safe Out There, Coronavirus Is Real – Olamide