The fans, also known as Marlians and no fewer than 200, came to show massive support for Naira Marley.

In spite of the lockdown still in place, dozens of fans of singer, Azeez Fashola, aka Naira Marley, were at the premises of an Ikeja Chief Magistrates’ Court to show support for their idol.

NAN reports that the fans, also known as Marlians and no fewer than 200, came to show massive support for Marley who was to be arraigned on Wednesday alongside a politician, Babatunde Gbadamosi and his wife, Folashade Gbadamosi.

They were alleged to have contravened the COVID-19 induced social distancing directives of the Lagos State Government.

NAN reports that there was pandemonium outside the court premises when Naira Marley and his co-defendants were being driven away by the police after the four-count charges against them were dropped by the Lagos State Government.

There was a huge stampede with loud cries of “Marlians” by the fans some of whom ran after the police vehicles to catch a sight of the singer.

The security officials present had to fire some gunshots in the air to disperse the fans. 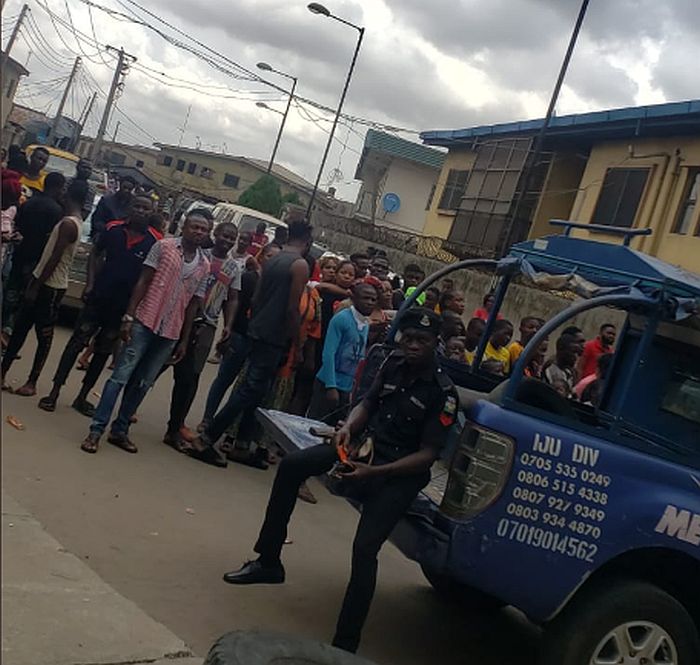 One of the Marlians, Mr Ismail Adewale, an estate agent who goes by the alias Lord Mayor, told NAN that he came to the court to show his love, solidarity and support for the singer.

“I like Naira Marley because he represents an average man on the street, he also represents an identity of the street guys. We love his music and what he projects,” the fan said.

Adewale said, though Naira Marley flouted the law, the court should temper justice with mercy and give him a lenient sentence.

“What he did is against the enactment of the social distance law but that does not mean he should not be charged because there is a law in place.

“We just want Lagos State Government and the people at the helm of affairs of the court to temper justice with mercy.

“If he is going to be tried in court, it is not because the government does not like him, they are just using him as a deterrence because he is an ambassador of an average man on the street,” he said.

Adewale noted that no one is above the law and that even American superstars such as R. Kelly and Michael Jackson have had to face trial when they were accused of committing crimes. 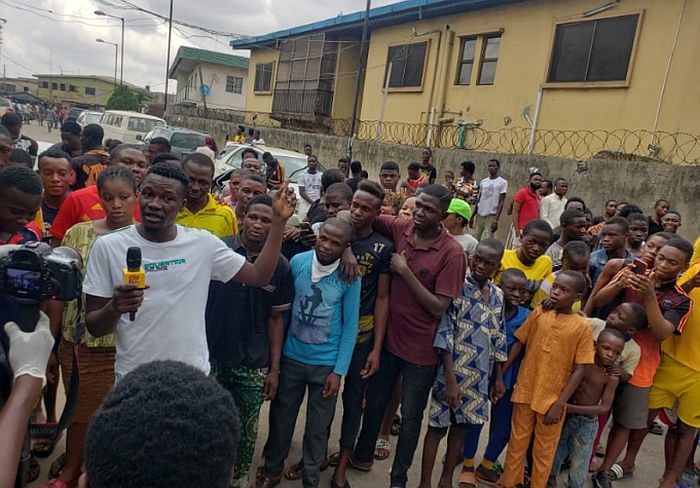 Another Marlian, Miss Abiodun Bakare, said that she came to the court to show some love to the singer.

“There is nobody above the law, I just love Naira Marley and I will always be his fan,” said Bakare, who described herself as a businesswoman.

Mr Bolaji Akinrele, a student, also told NAN that he was in court to see Naira Marley and to witness the outcome of the court case.

He described the singer as the “voice of the voiceless people on the streets”.

Akinrele noted that though he felt Naira Marley was being unfairly treated by the government and the press, the law must take its course.

“I love Naira Marley because of his music and his attitude toward the government. He tells us the truth and let us know how the government is treating us.

“The government treats us like we do not have rights. They do not give us our entitlement. For example, in this time of Coronavirus, we are supposed to collect some entitlements, but we are not getting anything.

“There should be someone enlightening us on what is going on and I think Naira Marley is the one who has been doing that,” he said.

Another Marlian, Miss Saidat Abiodun, said she came to also show love to Naira Marley and other fans at the court premises.

“I just love him, his music and his person. I do not think the government is treating him badly. If he commits an offence, he has to face the law,” Abiodun said.