A Twitter user narrated her encounter with an older man she saw holding a 7-year-old girl’s waist.

@thesanasi said the sight of the man holding the child’s waist made her uncomfortable so she confronted the man. But the man asked if the girl is her child and asked her to mind her business.

MUST READ:  NYSC Begins Registration Of Batch A, Warns Perspective Corps Members On Date Of Birth

She said she asked the child where her mother was and then went to speak with the mother.

The mother explained that the man gives her child money sometimes and also helps her take her child to his house until she’s done with her business for the day and picks her from his house.

The Twitter user said she schooled the woman about sexual abusers and the method they use in grooming girls by gaining the trust of the girl’s family.

She said she also warned the man to let him know that she is a “rape avenger who cuts out the penis and breasts of rapists.”

See screenshots of her tweets below:- 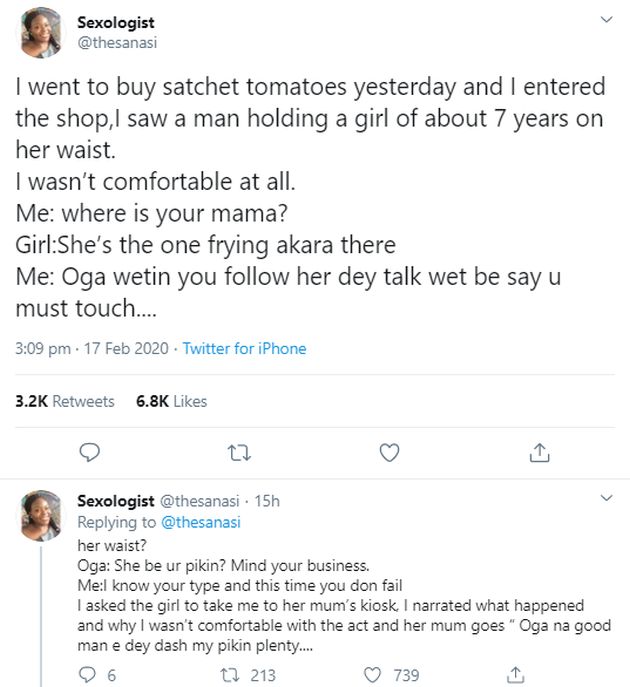 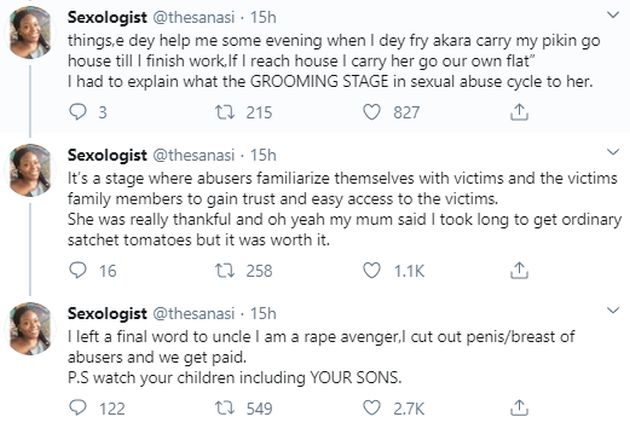 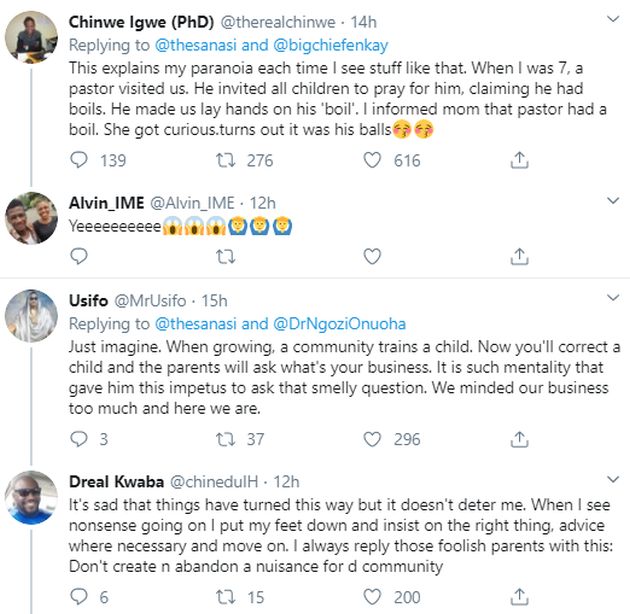 The post “My Encounter With A Man She Saw Holding The Waist Of A 7 Year Old Girl” – Woman Narrates appeared first on Naijaloaded | Nigeria's Most Visited Music & Entertainment Website.

Battle Of The Kings: Leave Me To God, Stop Judging Me On Social Media — Oluwo

No Matter What You Do To Survive, Don’t Be Ashamed Of Your Hustle – Mide Martins

LMAO!! Victor Osuagwu’s Daughter Reveals Dad’s Reaction After She Told Him ‘I Love You’

Igbos Must Love Themselves Before Becoming Nigeria’s President – Arthur Eze