D’banj took to Instagram to pen down a heartfelt birthday message to his wife, Lineo Didi Kilgrow who turned a year older today March 30.

D’banj celebrates his wife Lineo Didi Kilgrow on her birthday

The veteran singer who disclosed that he has been through a lot with his wife in a short time, stated that they’ve always ended up at the better and brighter side of life.

MUST READ:  ENGLISH CLASS!! Apart From “ESCAPE” & “ELEVATE” Which Other Word Start And End With Letter E?

D’banj further stated that being with Didi gives him “visible hope” which is all he stands for.

“Words can’t express my Appreciation to God for the day we met and what you mean to me. We’ve been thru so much in such a little time but by His Grace still Always end up at the Better , Brighter side of life and in such a time like this when the world needs Not just HOPE but ViSIBLE HOPE and a light at the End of the tunnel .

Being with you totally does that for me and make what I stand for a Reality “Visible Hope “. I celebrate you today and Say Happy Bday darling @lineo_dd from your boys . We Love you” 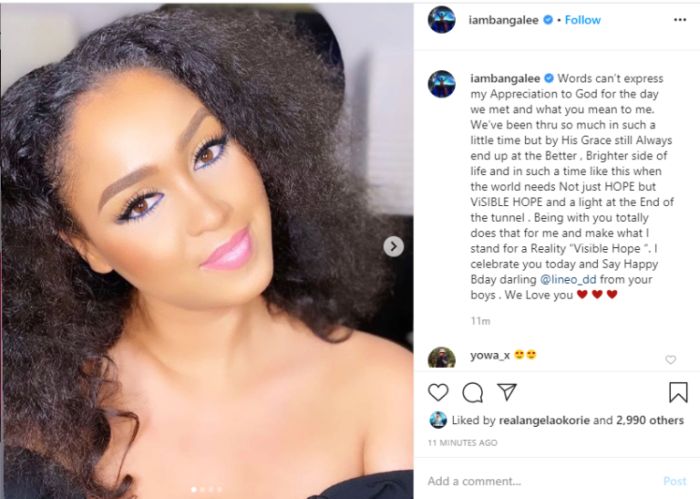 #BBNaija: I Will Tell Nengi To Stay Away From Me If She Continues Switching Between Me And Ozo – Prince

THEY ARE BACK!! Fulham Return To The Premier League After Beating Brentford

OH NO!! Manchester United Threaten To Walk Away From Deal For Sancho (See Why)