Olga Allegra has fired back at a social media user who called her partner, Mikel Obi a “pussy” hours after he terminated his contract with Trabzonspor FC.

Mikel John Obi terminated his contract with the club hours ago, even though he still had a year on his contract. It was gathered that he gave up all his remaining wages in order to end his time at the club less than a year after joining.

Though no reason was given on why the Nigerian footballer called off the contract with the Turkish club, however his Instagram post earlier this week gave an insight on why the decision was taken. 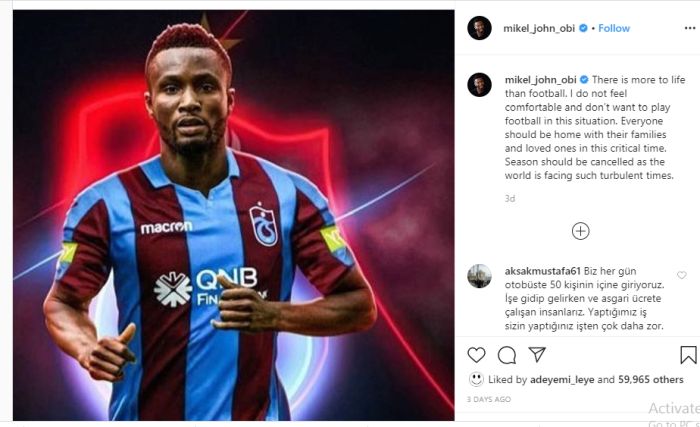 Reacting to the troll comment that came after her man called off his contract, Olga insinuated that the social media user who is seemingly a Trabzonspor fan called her man a “pussy” over the development.

Mikel Obi’s girlfriend who insisted that her family comes first, slammed the troll she described as “vile”. 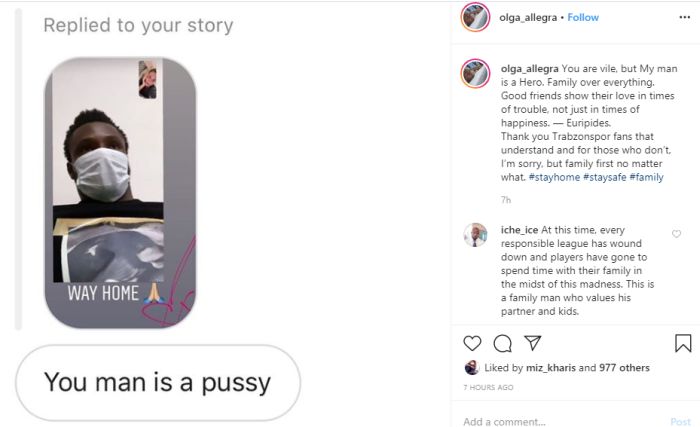 The post Mikel Obi’s Fiancee Slams A Fan Who Called Him A Pussy After He Terminated His Contract With Trabzonspor FC appeared first on Naijaloaded | Nigeria's Most Visited Music & Entertainment Website.

MUST READ:  Man Gives Silly Reason He Impregnated His Own Daughter

Indian Police Arrests Nigerian Man Over Five Cases Of Drug Peddling, Orders Him To Be Detained For A Year Without Bail