Popular sensational rapper, M.I Abaga, has made his producing debut in a forthcoming Bollywood/Nollywood collaboration.

The rapper shared the poster for the movie yesterday and the movie happens to be MI’s first foray into film making as he disclosed that he was one of the associate producers for the forthcoming movie.

He thanked the likes of Richard Mofe Damijo, the lead actress, Inidima Okojie and others for working with him to create the project which is expected to be released in April. 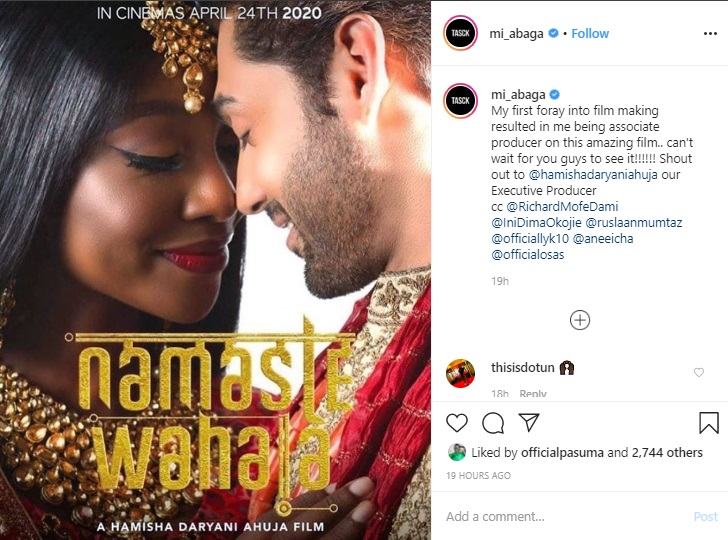 “Religion Was Created By Men To Relegate Women” – Actress Efia Odo Reveals (DO YOU AGREE?)