Former BBNaija reality TV star, Tacha set tongues wagging over the cleavage revealing outfit that she wore to the party which was held in Lagos.

Tacha was spotted wearing a black dress that left her b*obs dangling on her chest, while she posed side by side with Nollywood’s seasoned actors; Ramsey Nouah and Eniola Badmus.

On the comment section, Mercy’s fans didn’t spare Tacha as they took to their keypads to blast her choice of outfit.

MUST READ:  “My Children’s Abductors Have Asked For £100,000 Ransom” – Father Of The Abducted Twins Says

See The Reaction Below: 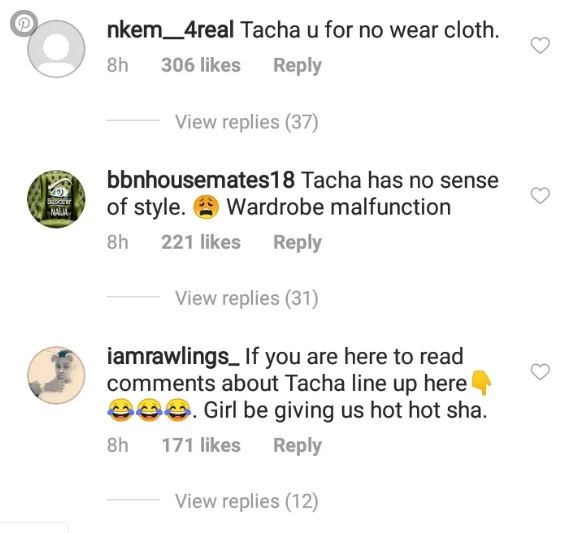 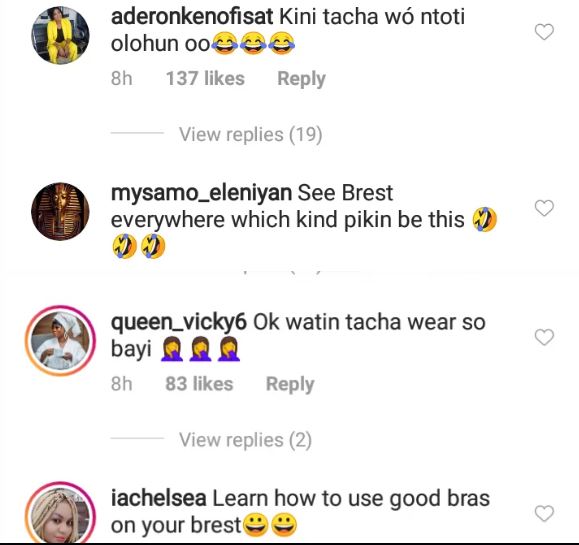 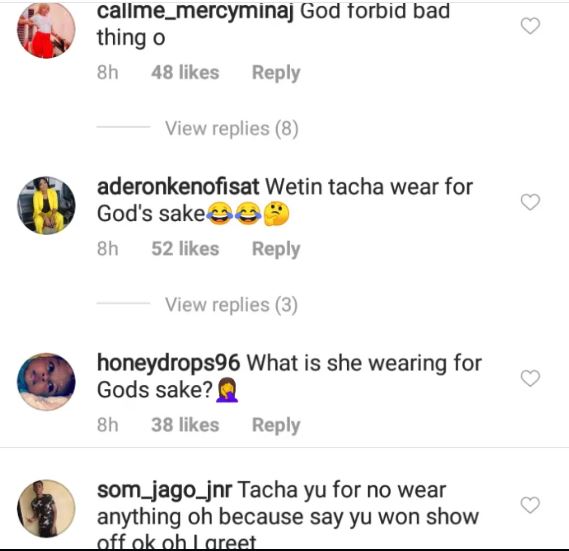 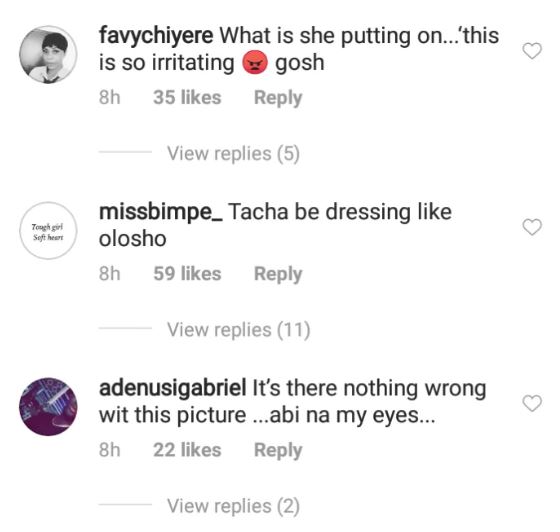