Nollywood actress Inem Peters has lamented about Valentines’ Day on social media as the special day of love approaches.

The actress shared a post on her Instagram page talking about Valentines’ Day. While lamenting about the day, she also revealed her relationship status.

According to her, the day of love is approaching and she has no lover or boyfriend to enjoy it with.

In her post, Peter also talked about the favour she does for married women.She noted that she has turned down married men many times on a daily basis. 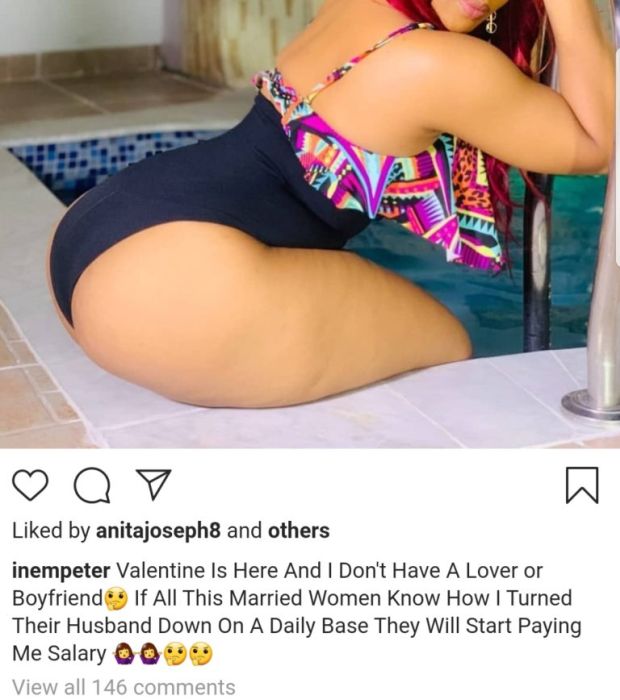 The actress added that if the wives of the men she turns down knew about it they will pay her salary. Peter talked about the say with a photo of herself showing off her curves.

MUST READ:  GUESS WHO?? Davido Reveals The Nigerian Artists Who He Saw As Mentors

The post “Married Women Will Pay Me Salary If They Know How Much I Turn Their Husbands Down” – Actress Inem Peter appeared first on Naijaloaded | Nigeria's Most Visited Music & Entertainment Website.