A Facebook user, Ijeoma Maryjane Nicholas has claimed that a young man disguised as a ”mad person” was caught beheading a mentally-disabled woman in Akwa Ibom.

The incident allegedly happened on Tuesday night at about 10pm along Abak road, Ikot Ekpene. 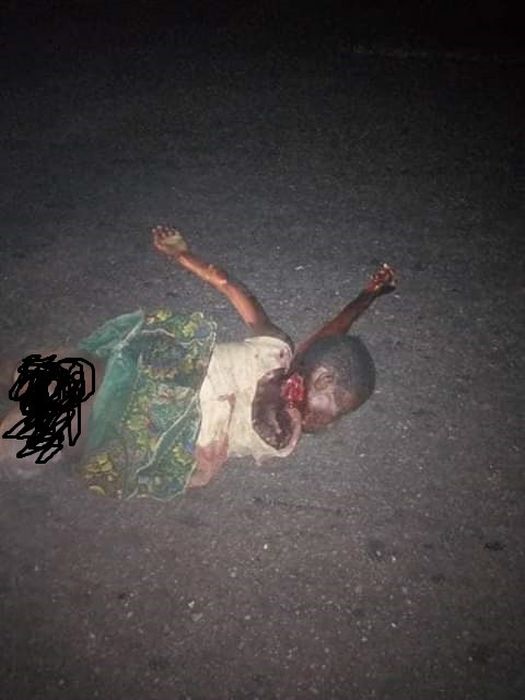 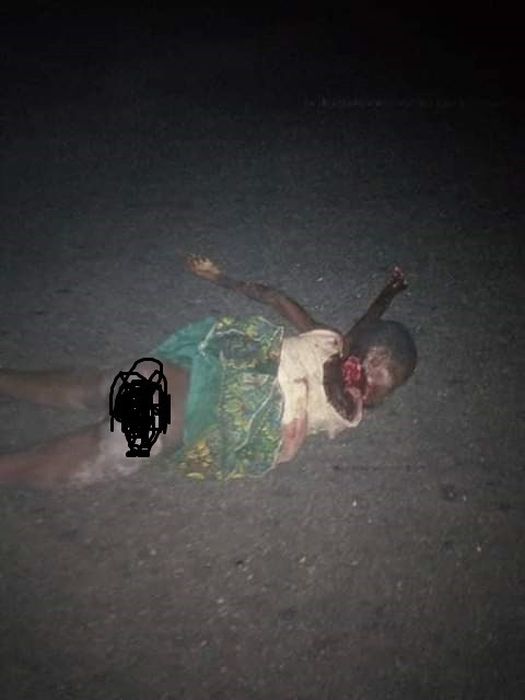 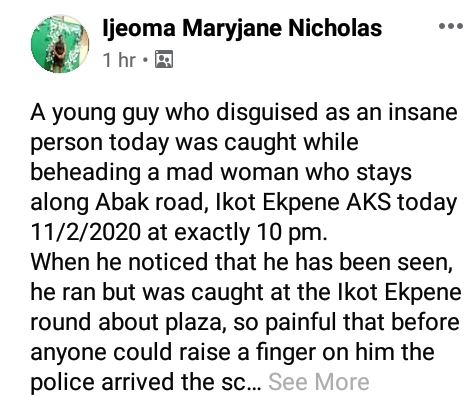 Sharing two graphic photos of a beheaded boy, she wrote in full:-

A young guy who disguised as an insane person today was caught while beheading a mad woman who stays along Abak road, Ikot Ekpene AKS today 11/2/2020 at exactly 10 pm.

When he noticed that he has been seen, he ran but was caught at the Ikot Ekpene round about plaza, so painful that before anyone could raise a finger on him the police arrived the scene and took him away.

He was asked by one of the police men why he killed the woman and he said “that all mad people are dustbin and wants to dispose them all” and where he perpetrated this evil act was exactly at the spot where the street lights were no longer functioning.

The sight of the whole thing changed my total mood, I can’t even take my fruits any more.

Many unanswered questions running through my mind.

Who could this guy be?

Is he really insane?

Is he having spiritual problem.?

What is Nigeria becoming?

Why can’t there be a provision for all these mentally ill people roaming the streets.?

What happened to the street lights?( Our youth are part of this particular problem, why do you drive joy stealing a solar panel from the street light that is meant to shine at night for our own benefit.)

Why do we end up creating more crimes in a bid to end crimes?

What is the brain meant for, don’t we think?

The lists are endless

But one thing is for sure; there must be solution to all these challenges, when we (Nigerians)must have learnt and fully understand the ” message for this mess-age”

May her soul rest in peace.

NL Motivational Monday:- What Lesson Did You Learn From This Emotional Clip? (Watch Video)

MUSIC LOVERS!! How Well Do You Know Wizkid? Answer These Five Questions About Him