Last night, TECNO released its new camera phone, CAMON 15 series, through an online launch event which became a milestone in the smartphone industry as the first online product launch in Africa.

The online launch themed “Magic of Unseen” was not long, but the content was extremely rich: TECNO CAMON 15 unveiling its SONY camera and the trademarked TAIVOS

Title, and much more.

As Nigeria’s most famous performer and a global icon in the music industry, Wizkid is a recognized pop culture sensation. Wizkid’s success runs side-by-side with the emergence of Nigeria’s mobile entertainment market.

Stories like Wizkid’s illuminate the possibilities that are offered to both producers and consumers especially with the development of digital entertainment, not to mention that this time, Camon 15 Premier’s commercial was supported by a production team from Hollywood.

MUST READ:  ITS HAPPENING!! Premier League Clubs Prepare For Possibility Of 2020/21 Season Behind Closed Doors 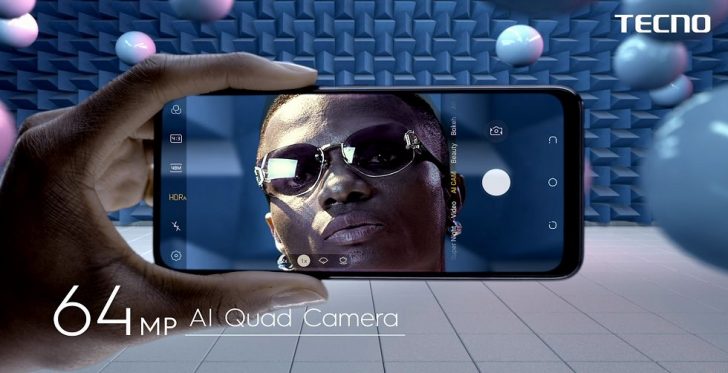 Wizkid who was all smiles while working on the Camon 15 Project had this to say when he was asked why he chose to become TECNO’s ambassador;

“My team and I had series of meetings where we looked at the history of TECNO and we saw something undeniable. There were similarities in both of our personalities.

TECNO has relentlessly risen through the ranks over the years, just as I have. We both have risen beyond obstacles and are now global; creating opportunities for others and reminding Nigerians that they are capable of achieving and becoming whatever they desire to be.

TECNO and I are indeed for Nigerians.”

One big surprise during the event was that TECNO also brought a 1:1m Wizkid portrait poster photographed by TECNO CAMON 15 Premier, which was stunningly crystal-clear despite being scaled up to almost two meters in height.

Thanks to the product’s brilliant high definition, armed with a SONY camera, and 8x zoom, every detail was perfectly captured and vividly displayed. 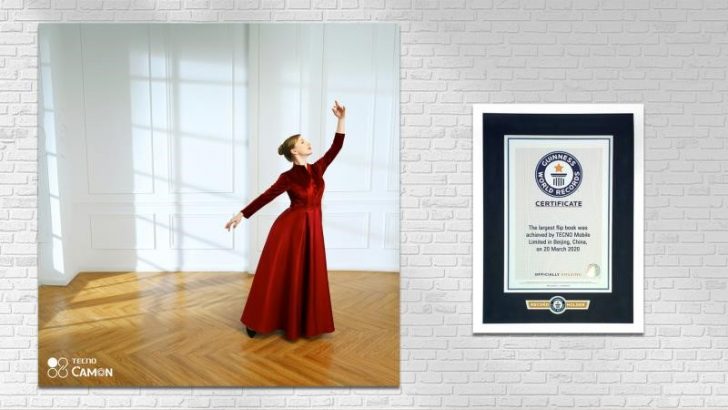 What sets it apart is its scale and its animation. At almost 5 square meters, it’s a collection of the biggest collection of super-clear images ever assembled. TECNO CAMON 15 Premier has done this great work by its high 64MP SONY camera.

As a pioneer in the smartphone industry, TECNO Mobile is always committed to bringing latest technologies and cutting-edge smartphones to its global users.

The first online product launch is undoubtedly another new breakthrough of what TECNO Mobile brings to us. The event was absolutely bursting with exciting new technologies and applications.

It’s a hands-on taste of what you can achieve with a smartphone camera, powerful imaging hardware, and a device designed to deliver unprecedented performance for mobile photography fans.