Media personality, Nnamdi Nwabasili, aka N6, has disagreed with those asking that Funke Akindele be shown mercy following her arrest.

The actress and her husband, JJC Skillz, appeared in court today where they pleaded guilty after Funke defied the Coronavirus lockdown to throw a party for her husband.

MUST READ:  Olamide Mourns The Death Of Dancer And Video Vixen, Kodak

Afterward, Nigerians took to Instagram and Twitter to plead for the authorities to show mercy to the much-loved actress.

Daddy Freeze took to Instagram to acknowledge that Funke did wrong but he stated that she has apologized and asked the authorities to “temper justice with mercy.”

However, N6 did not agree and he pointed out that Funke “must face” this “punishment” as she “contravened the law”.

MUST READ:  Should We Hang Abba Kyari On The Crucifix Or Beatify Him? By Festus Adedayo

He added that “as an ambassador” she should “have known better”. He said he loves Funke, JJC and everyone involved but their actions put people at risk.

He said it also didn’t help that JJC went to Instagram Live a day after “to jeer at people”.

Read what he wrote below.

MUST READ:  “Dybala Must Improve With His Talent” – Juventus Legend Del Piero 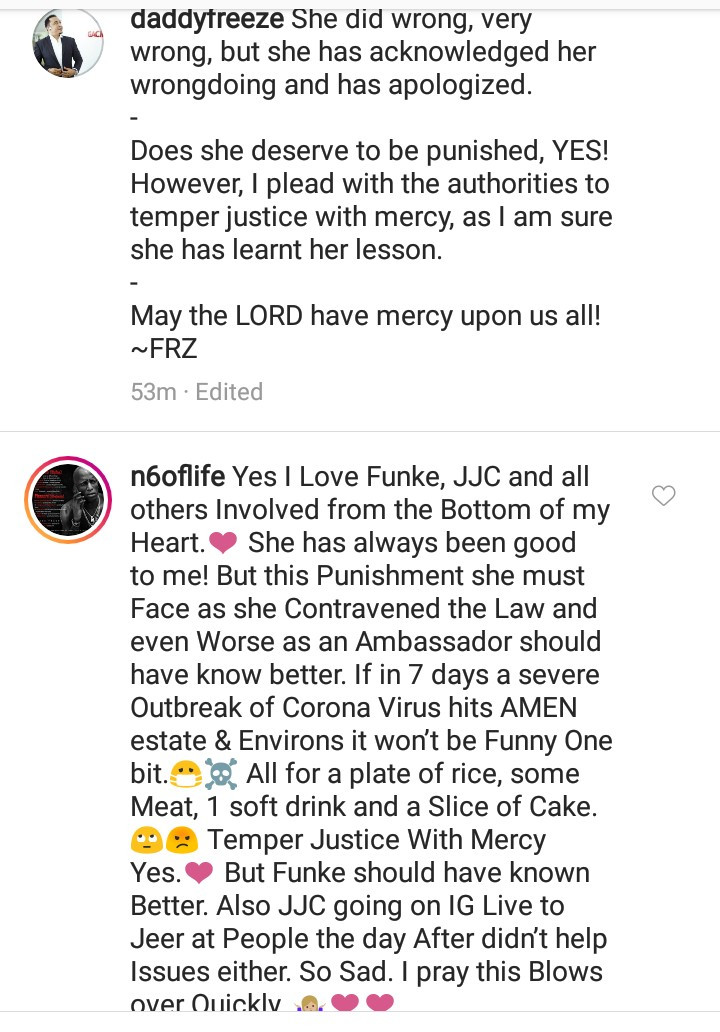