2Face Idibia’s daughter, Ehi is heading to high school and he has everything to be thankful for.

2Face Idibia is grateful to his baby mama, Pero Adeniyi as their first daughter, Ehi heads to high school.

The music icon took to his Instagram page on Wednesday, February 26, 2020, where he shared a photo of his adorable daughter and friends.

He went on to reveal that she was heading to high school.

“Meanwhile in other news!! Like play like play My princess off 2 high school #GRATEFUL #20yearsaking @perosaiyemi_ thanx 4 all u do. E no easy,” he wrote. 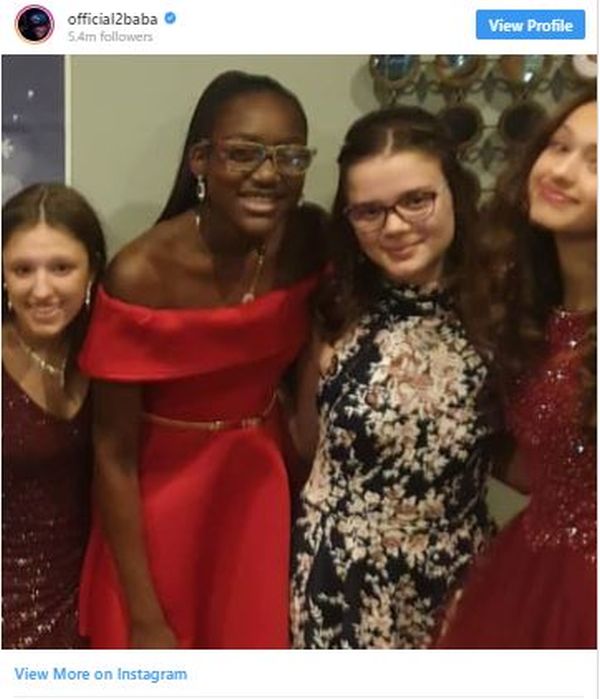 For those who aren’t so up to date with the Idibia’s dynasty tree, Pero is 2Face Idibia’s second baby mama who has three kids for him.

Pero Adeniyi had a romantic relationship with 2Face Idibia which spanned for over seven years.

BE SINCERE! Once Lockdown Is Over, Where is First Place You Are Going To?

Coronavirus: 25 Of Cote d’Ivoire Returnees Not From Osun State – Oyetola

Coronavirus: The World Is About To End – Bishop Adeleye Warns

How A Nigerian Doctor Died Of Coronavirus In US (Photo)