An official of the Lagos State Traffic Management Agency, LASTMA, threw caution to the wind yesterday by engaging a bus driver in fisticuffs.

The incident, it was gathered, happened around Dopemu area of the state

The motorist was beaten to a pulp with a bloodied face as he continued to exchange blows with the LASTMA official.

MUST READ:  Tacha Finally Speaks On ‘audio’ Multimillion Naira Promises People Made To Her After She Was Disqualified (Video)

At the time of this report, it remains unknown what led to the exchange of blow between the duo. 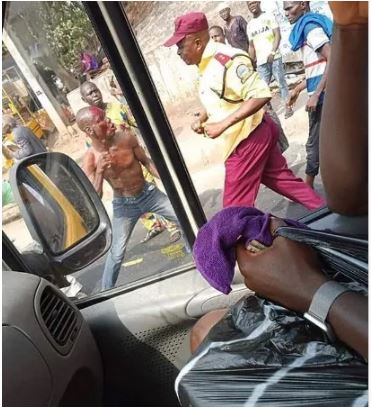