Music producer, Larry Gaaga has sparked dating rumors with actress, Ini Edo by sharing a loved-up photo of them.

Recalls Ini Edo and her alleged lover, Stanley Ugochukwu went their separate ways earlier this year even after they had planned to tie the knot.

MUST READ:  Waje Revealed What Her Church Did To Her When She Got Pregnant

It appears the actress has moved on if the photo on Larry Gaaga’ IG page is anything to go by.

In the photo, the music producer held on to Edo’s waist and he wrote; 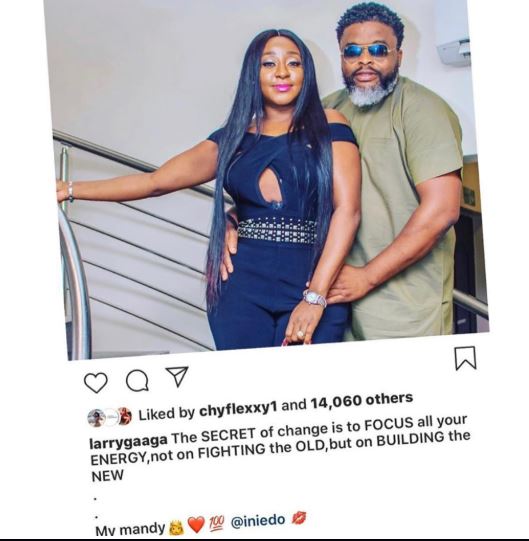 MUST READ:  Justin Bieber Files $20 Million Lawsuit Against Women Who Accused Him Of Rape

“Feminism Makes Many Men Feel So Vulnerable” – Singer Simi Reveals (Do You Agree?)

BBNaija: Watch Eric’s Epic Reaction When He Met Ozo After His Eviction (Video)