Controversial journalist, Kemi Olunloyo has taken to her Instagram page to warn reality star, Tboss about the dangers involved with exposing her child on the internet.

The investigative journalist’s motherly instinct kicked in as she shared a photo of the reality star breastfeeding her baby girl with the caption;

“If you know this young lady who I’m tagging @officialtboss pls tell her trolls or no trolls, you ain’t got nothing to prove to trolls with no identity. You are THEIR BOSS! Keep your baby off social media.

Before social media I even have a picture breastfeeding @richkjtmusic and it didn’t even end up in the hard photo album for guests to see. It was PRIVATE. Why post breastfeeding pictures online now? Protect your children.

Nigeria is a wicked place full of child abductors, pedophiles and more. 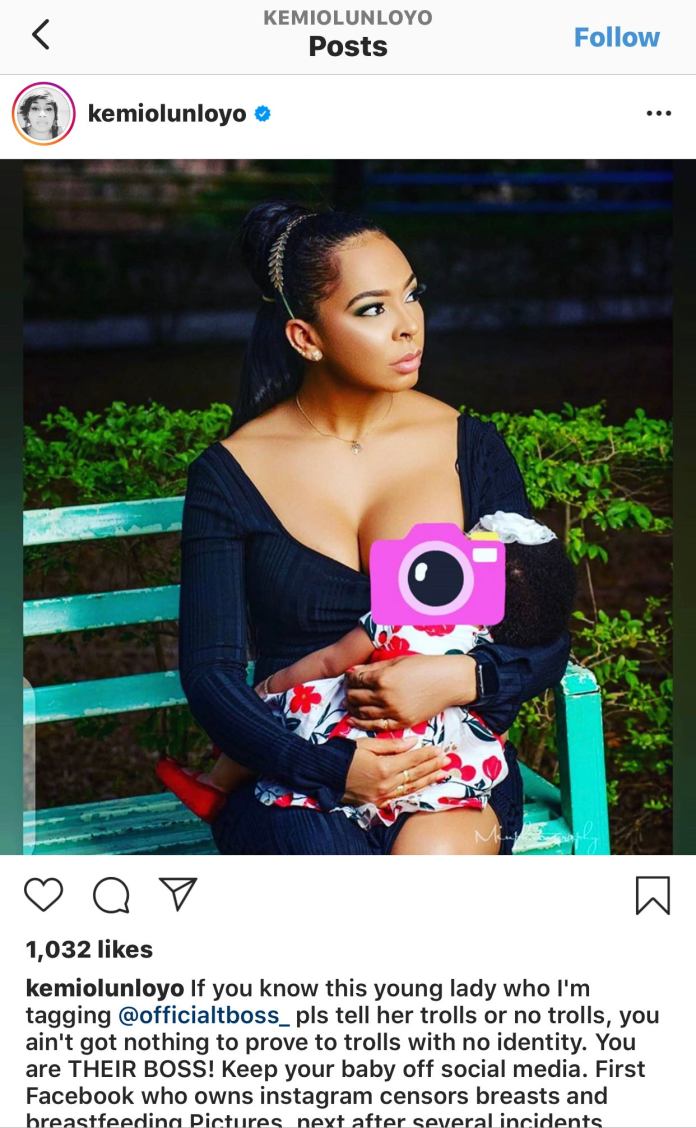 Like Loading...
MUST READ:  S€x Between Father And Daughter Is Approved By God, Man Who Slept With His Four Daughters Claim