The Lagos State Government has said it will begin clinical trial for Coronavirus next week in partnership with the Nigerian Centre for Disease Control, NCDC.

Commissioner for Health, Akin Abayomi, at a news conference on Monday in Lagos, said the clinical trial would be started with Coronavirus patients and staff in Lagos State.

“There are a lot of research going on around the world, so it is possible that at some time in the near future, we will have what we may describe as a definitive cure for COVID-19.

“Indeed we are setting up our own clinical trials in Lagos in collaboration with other institutions and the NCDC and hopefully by this time next week, we should have started some clinical trials on our patients and on our staff in Lagos State.”

However, Abayomi attributed the low number of COVID-19 cases it has recorded when compared to other countries where there is an outbreak of the infection, to residents’ level of compliance to the sit-at-home order by the Federal Government.

MUST READ:  [Music] Biddydon Ft. KY – Money In The Bank

He noted that the low figures recorded in the State indicated that the strategies adopted and being implemented by the State government was yielding the resources results. 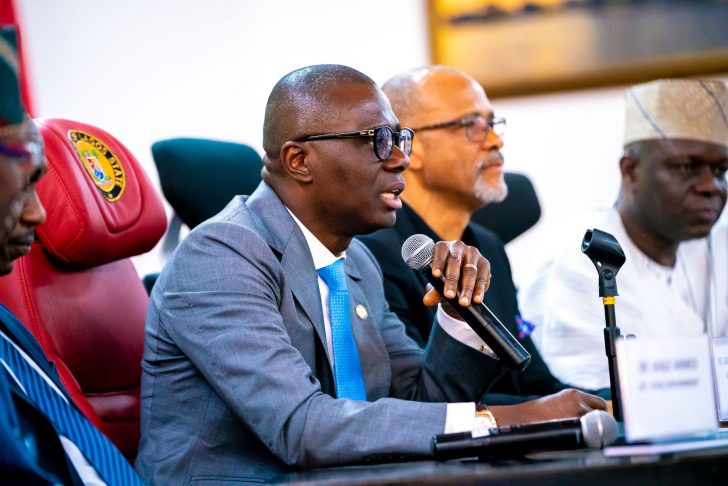 Abayomi explained that the State was succeeding in flattening the steep rise in the curve of transmission.

“We are achieving success in delaying the spread of infection and expanding the time needed to impose social distancing and other measures. This is an indication that we are gradually winning the battle against the spread of the disease,”

While applauding residents for complying with the restriction order, he lamented that some Lagosians still flouted the stay-at-home instruction as they are seen engaging in activities which contravene the principle of social distancing and other relevant measures put in place by government to check the spread of the virus.

He advised them to adhere strictly to the order which he said has greatly helped in contact tracing of suspected cases and enabled health workers to respond swiftly in locating infected people within the state.

He stated further that the isolation centres in Onikan Stadium which has been completed and delivered will be officially opened Tuesday, noting that an additional 180 bed-space facility at the Gbagada General hospital will also be commissioned by the end of the week.

‘’We have enough facilities to manage the situation. We also have enough Personal Protection Equipment in stock for our health workers. Presently, we are still operating from the Mainland Hospital where we still have 60% of our bed-space available.

Our Isolation Centers in Onikan Stadium and Gbagada General Hospital will be opened tomorrow and end of the week respectively. We believe this will provide almost 300-bed space,’’

One thought on “JUST IN!!! Lagos State Sets Date To Begin Clinical Trial”

Nigeria Vs Chadian Military: Checkout Their Strength And Artiller

“I Have Serious Depression” – Singer, Baba Fryo Cries Out For Help