Popular Nigerian singer, Wizkid took to his Twitter account to jokingly say he is trying his best to impregnate American singer, Rihanna.

The singer had reacted to a video of a father and his children dancing and he left a comment saying “My kids and I in a bit”.

Reacting to the comment, one of the singer’s fans pleaded with the superstar to impregnate Rihanna.

The ‘Fever’ crooner replied to the fan’s plea with the words;

Another fan asked him if he could even afford to pay her child support and the singer said that Rihanna will be the one paying him when she gives birth.

MUST READ:  INEC Heads To Supreme Court Over Deregistration Of Parties

See The Exchange Below: 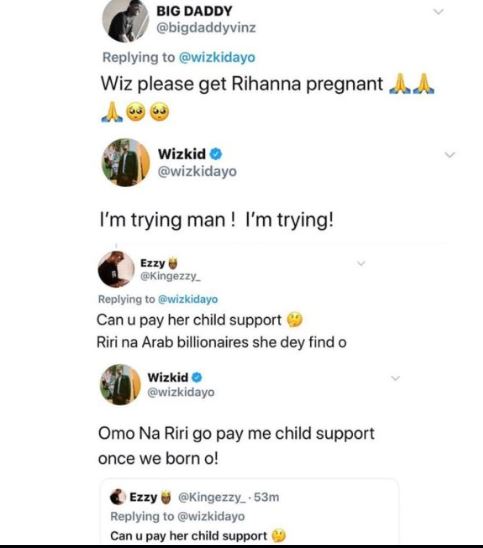