YBNL rookie, Fireboy DML has revealed that he is still writing the best Album in the country.

The OAU graduate who held Nigerian music industry spellbound after his hit single Jealous was also applauded by a music lover for making quality songs on his Laughter, Tears and Goosebumps album.

Fireboy who in his tweet hinted that he is working on an Album wrote: 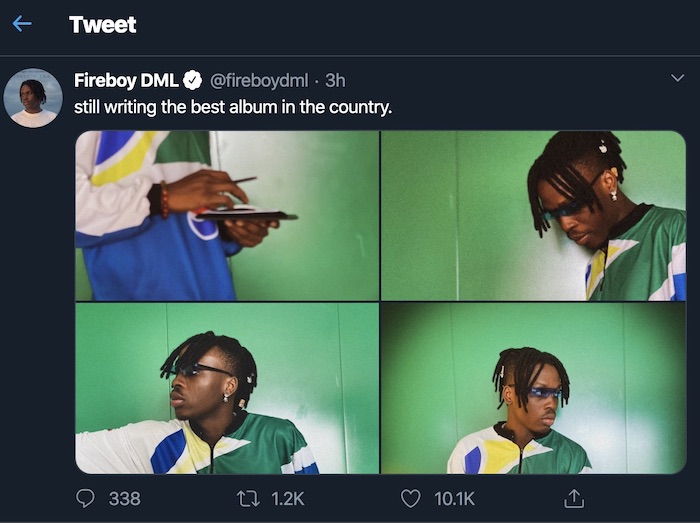