A newly married man has said it is a sin for a man or woman to moan during sexual intercourse.

He added that the first time his wife tried it, he took her for deliverance and now all she does is ”hum hymns” during sex.

Uzor Obinna Marvelous, who got married in January this year, said it is “wrong and ungodly” for Christian couples to moan during sex.

He said men do not like it when women do it. He added that moaning shows how “depraved” a woman is. As for the men who moan, he said it’s a sign they’ve been visiting sex workers.

He added that any woman who calls the name of God or Jesus during sex or speaks in tongues should be sent to jail.

He went ahead to say that when his new wife moaned during sex, he took her for deliverance from “the spirit of lust and moaning”. Now, whenever she gets the urge to moan, she hums hymns instead. 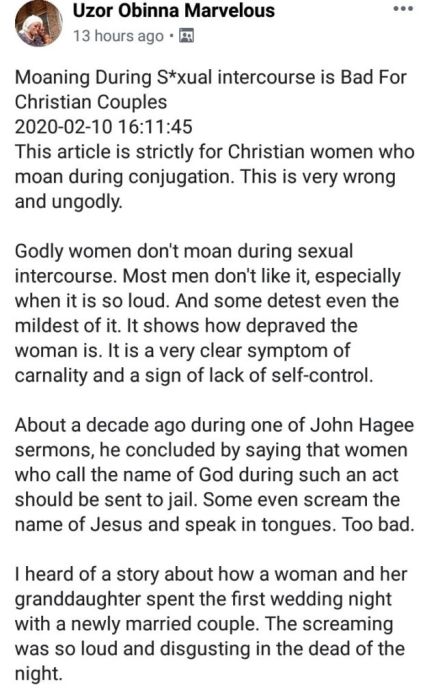 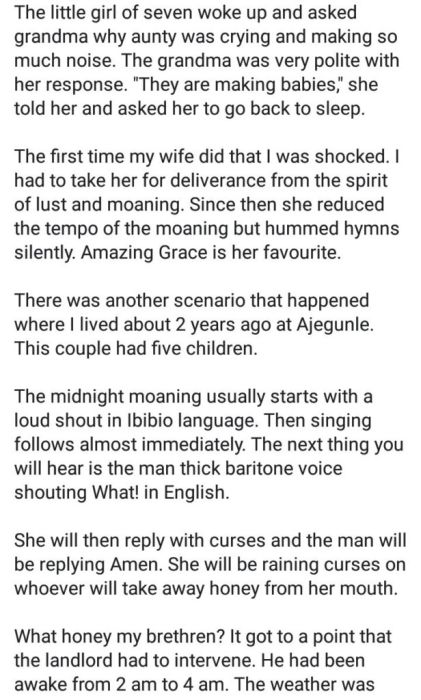 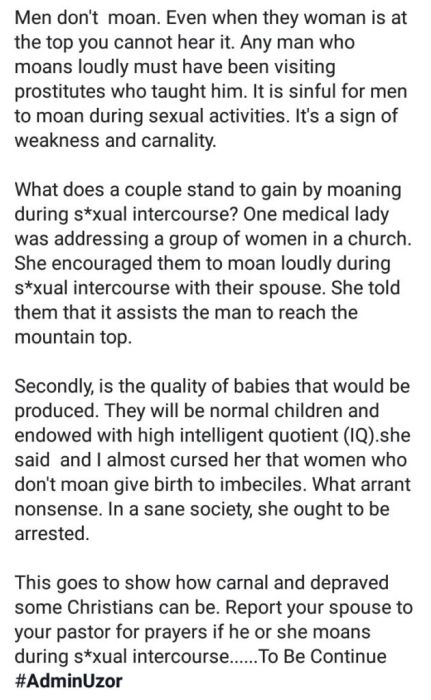 DO YOU BELIEVE THIS? Newly Married Nollywood Actor, Comedian “William Uchemba Is GAY?” (See This)

Actor, Comedian “William Uchemba Is GAY?(Homosexual) Wonders! Actor and comedian, Uchemba William, has been accused of being a gay by a social media user, few...

Music Lovers!! Is The Any Song On Wizkid’s Album Better Than “The Best” By Davido Featuring Mayorkun?

5 Million Naira Or 1 Week All Expense Paid Trip With Tekno To Bahamas – Which Would You Choose?