The mother of one took to her Instagram page on Wednesday, February 19, 2020, where she shared some disturbing posts.

According to her, the human race is disgusting to her at the moment and wishes to elope with her daughter and never come back.

MUST READ:  16-Year-Old Girl Attempts To Commit Suicide After Marathon Sex With A 52-Year-Old Married Man

“The human race just disgusts me, so many fakes, wannabes, liars, two-faced, those who play all sides, dishonest, opportunists, evil wicked people. 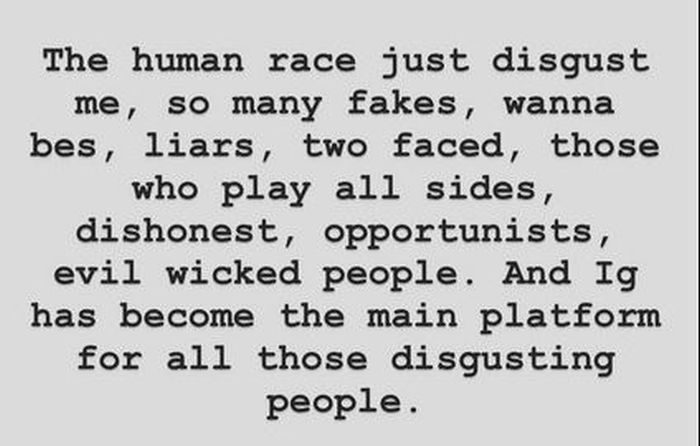 It is not clear what might have triggered Amanda’s latest rants on social media but it appears she knows who exactly she was referring to in that post.

It may interest everyone to know that this is the first time in a while that Amanda has gone public with her personal life.

The last time she was involved in some social media drama was in 2017 when she threw shades at Davido’s perceived hoes.

This statement did not, however, go done well with the singer’s first baby mama, Sophie Momodu.

Amanda is the Atlanta based second baby mama to Davido. She is the mother of Davido’s second child and daughter, Hailey.

MUST READ:  GBAS GBOS! See How Eniola Badmus Replied A Follower Over Her Fake Photo

The post “I Wish I Can Disappear With My Daughter” – Davido’s Second Baby Mama Opens Up appeared first on Naijaloaded | Nigeria's Most Visited Music & Entertainment Website.