18-year-old Kelvin Uzor, has been arrested for the alleged killing of his brother’s identical twins for money-making ritual on March 6, 2020, in Oko Ogbele, Delta State.

The police revealed that Uzor killed the seven-year-old boys, then removed their penis, eyes, tongues and hands, which he allegedly hurriedly took to a native doctor in Anambra State.

Kelvin, however, has denied killing the twins, insisting that it was his friend one Onuwa Olisah, who killed them.

MUST READ:  Could This Be True? See Different Level Of Doggy Style

Kelvin said that his only crime was in attending the meeting with Onuwa and others, where they deliberated on how to carry out money making ritual.

He claimed to have backed out of the devilish plan at the last minutes. 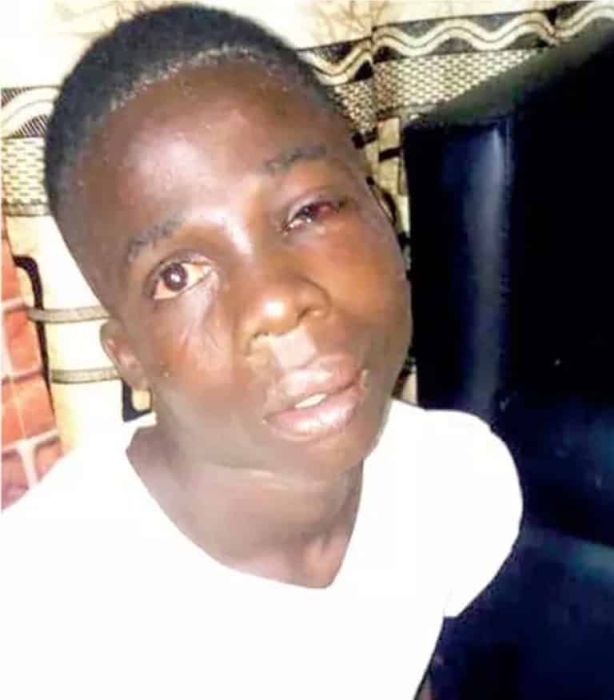 “My hope was to make money, drive big cars and build a house. I wanted to become a young chief because most of these young boys did not work as hard as I did and now they are millionaires. I’m a farmer and it requires hard work.

I was not even making enough money for myself. This was why I agreed to be part of the meeting. Onuwa convinced me that was the fastest way to become rich. He said that most of our colleagues made money through that means.

My greatest mistake was that I did not inform my family when Onuwa suggested that we should use the twins. I love those twins so much and their parents are nice.

When we were making arrangement who to use, Onuwa mentioned the twins, I cautioned him, but I didn’t know he would still go ahead with his plan. I have begged my brother to hold on until police arrest Onuwa for him to know that I had nothing to do with the murder of the twins.”

Since the kidnap and subsequent murder of the twins, Onuwa, who is a neighbour, has since disappeared into thin air.

The post “I Wanted To Be Nigeria’s Youngest Billionaire At 18” – Uncle Who Killed Twin Nephews For Rituals Confesses appeared first on Naijaloaded | Nigeria's Most Visited Music & Entertainment Website.

Coronavirus: Prove To Nigerians That You Are Well, In Charge – Fani-kayode Tells Buhari