Solid Star has disputed the claim made by his former label boss Ossy Achievas that he didn’t make him up to 10% of the money invested in his career.

It all began when Joshua Iniyezo, better known as Solid Star, accused his former label boss of always wanting to see him sad.

MUST READ:  Nursing Mother, One Other Land In EFCC Net Over Illegal Oil Dealings

He later claimed again that Ossy was attacking him simply because he asked for his royalties from 2008 to 2018.

Ossy responded by claiming he invested so much (over 100 million Naira) in Solid Star’s career from 2007 to 2017 and ended up not getting back up to 10% returns on the investment he made on Solid Star.

MUST READ:  Flying Officer, Tolulope Arotile, To Be Buried On Thursday July 23

“I can proudly say I made more than 200 million Naira for my former company through the years I spent.”

He went on to explain the avenues through which he generated revenue for his former boss.

He added that because he was adding value to the company, they always persuaded him to renew his contract with them, until he declined after his final contract.

Read what he wrote below: 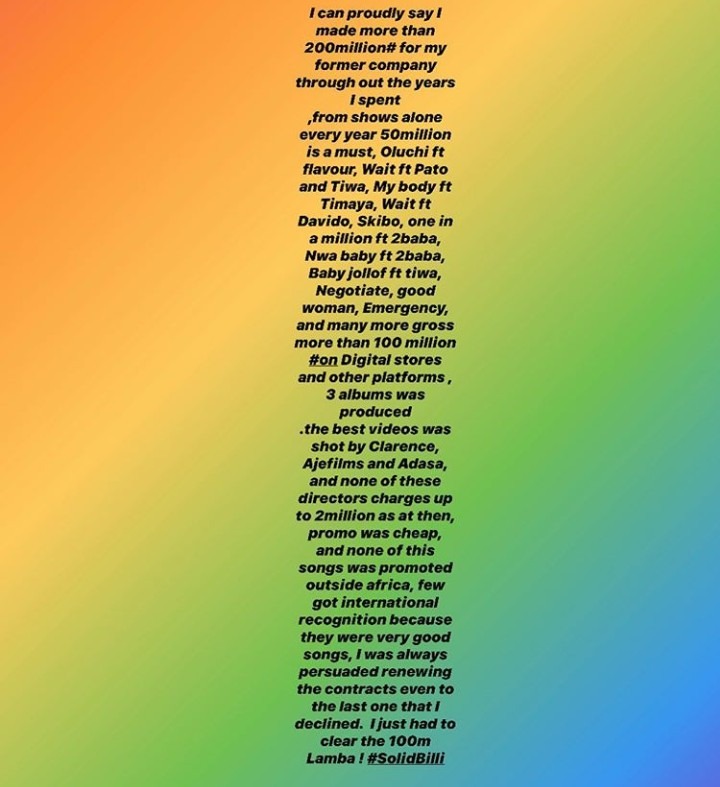 The post “I Made More Than 200 Million Naira For My Former Company” – Solid Star Disputes His Former Label Boss’ Claim appeared first on Naijaloaded | Nigeria's Most Visited Music & Entertainment Website.

Coronavirus: 58 Persons Made Contact With Italian Man In Ogun And Lagos – Minister Of Health Says