A former minister for aviation, Femi Fani Kayode says he has never been so ashamed of being a Nigerian until he heard that the federal government publicly begged American billionaire, Elon Musk for ventilator to fight coronavirus.

Speaking via his official Twitter handle, he queried why the president of a country with over 200 million people would be begging an individual for help.

Read what he wrote below:- 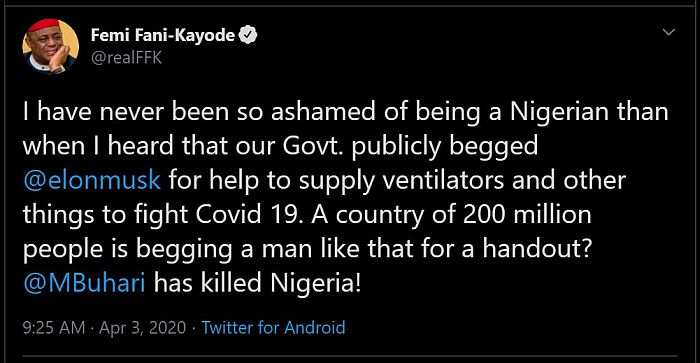 The post “I Have Never Been Ashamed Of Being A Nigerian Until FG Beggged Elon Musk For Ventilator” – Fani-Kayode appeared first on Naijaloaded | Nigeria's Most Visited Music & Entertainment Website.