IG comedian Twyse has penned a lengthy apology to everyone for speaking up for colleague Sydney Talker.

Recall days ago, Sydney had cried out on social media that he was having COVID 19 like symptoms and had been refused test.

Not long after reports surfaced that the comedian may have been trying to pull a prank on the NCDC and it backfired.

Taking to his IG page, Twyse tendered an apology for supporting Sydney as he thought the latter was telling the truth.

Read His Apology Below: 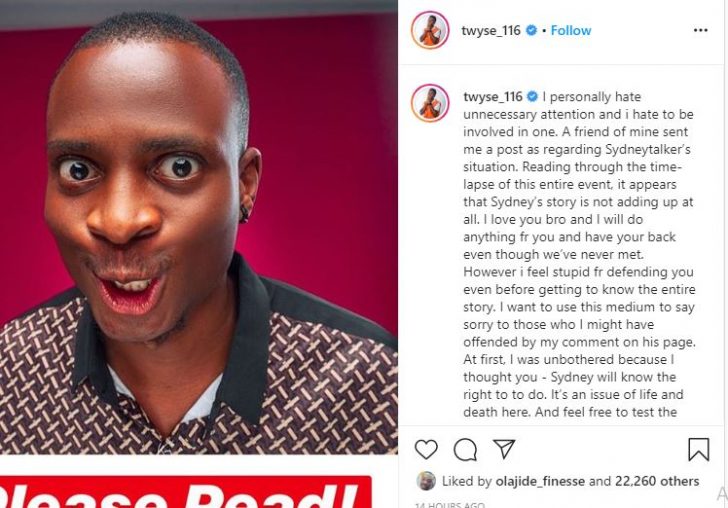 2 thoughts on “I Hate Unnecessary Attention – IG Comedian, Twyse Apologizes For Speaking Up For Sydney Talker”

SHOCKING: ”I Hacked My Mother In-law To Death To Save My Marriage”- Nasarawa Woman Confesses

BBNaija: Wathoni Becomes The Third Female Housemate To Be Verified On Instagram

Schools Resumption: We Are Ready For Students — NAPPS