Popular record label owner and entrepreneur, Michael Collins Ajereh simply known as Don Jazzy says he does not know if he has a baby somewhere or not.

He made this known while asking his fans to make an assumption about him on social media and a fan says he has a baby somewhere.

Reacting swiftly, Don Jazzy stated that they can both assume as he also does not know if he has one or not.

See their exchange below:- 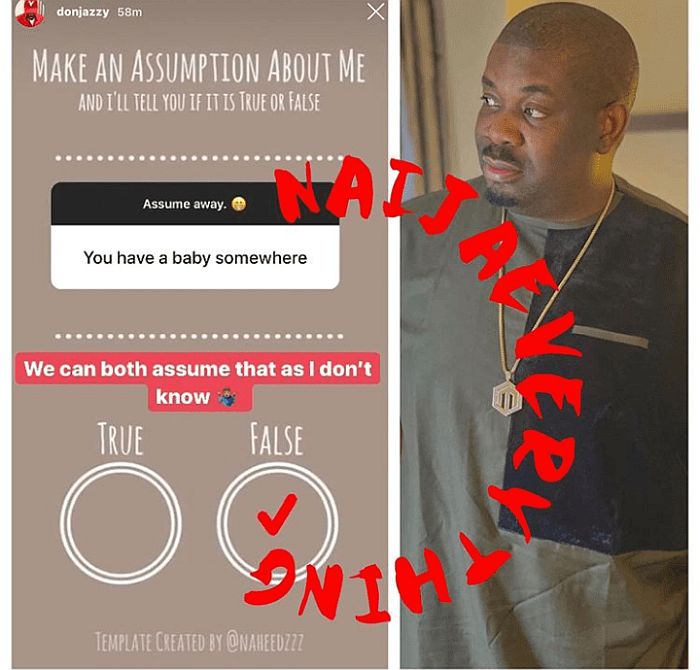 The post “I Don’t Even Know If I Have A Baby Somewhere Or Not” – Don Jazzy appeared first on Naijaloaded | Nigeria's Most Visited Music & Entertainment Website.

BBNaija 2020 Voting Results From Week One Released By Multichoice

NIGERIA@60!! Having Gone Through President BUHARI Nigeria’s 60th Independent Speech, Describe Him In One Word.

I Go Shout Die! Ur Papa – Davido Descends On A Fan Who Called Him Out For Making Noise About His Lamborghini