Pastor Edmund Peace Emmanuel, and his wife, Blessing, are presently in trouble after almost killing their sister, Francisca Fajenbola, over their late father’s property in Lagos.

The drama started when pastor Edmund who is the Pastor-in-charge of Rulers Life Bible Ministry, was said to have attempted to evict the single mom and her son from their father’s house at ‪No. 58, Apana Street‬, Ejigbo.

The attempt was, however, staunchly resisted by Francisca, prompting Mr. Emmanuel to call on his wife to assist him. It was gathered that Blessing took the victim’s son away from her while her husband assaulted her.

“It was her scream for help that made the neighbors rush to her aid,” an eyewitness said. The neighbors quickly rushed Francisca to the hospital as she was losing blood.
The case was subsequently reported to the police but no arrest has been made.

MUST READ:  SENSE OR NONSENSE!!! “Having Kids Is A Very Selfish Thing” – Nigerian Gay Writer Says

According to the eyewitness, the victim has nowhere else to go except her late father’s property, since she is a single mom who is also experiencing financial difficulties. 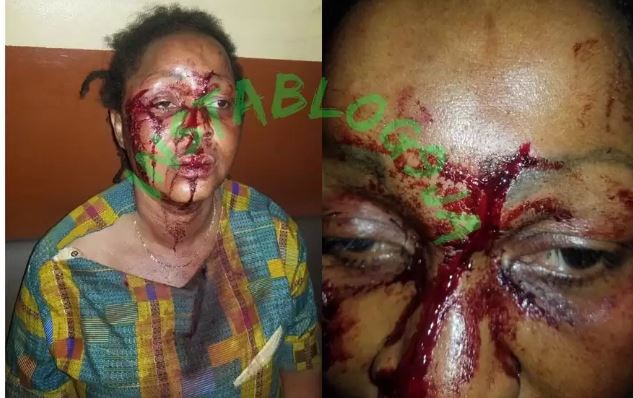 The post How Pastor And Wife Attempted To Kill Sister Over Property (Photo) appeared first on Naijaloaded | Nigeria's Most Visited Music & Entertainment Website.

MUST READ:  JUST IN!!! Court Convicts Owner, Manager Of Demolished Hotel In Rivers

NL PODCAST!! How Olamide Spoiled Market For Ladies With The Song “Wonma” (LISTEN UP)