A Nigerian lady has narrated how her father single-handedly trained her and her siblings, after their mother abandoned them when they could barely walk.

@AdaObani revealed she was 1-year-old, her elder brother was going 3, while her younger sister was 7 days old when their mother abandoned them. She disclosed that her father left his well-paid job to babysit her and her siblings after the incident.

MUST READ:  Some States Are Yet To Submit Samples To Know If They Have Coronavirus Cases – NCDC Boss

The Twitter user who recalled how her father insisted that he can only remarry when his children are settled, added that he (father) now has an Engineer as a son, a health professional and a recent Bsc holder as daughters.

See screenshots of her Tweets below:- 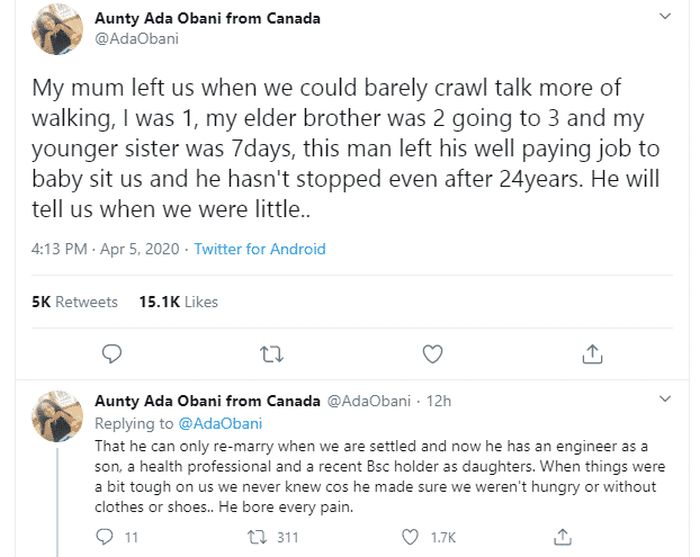 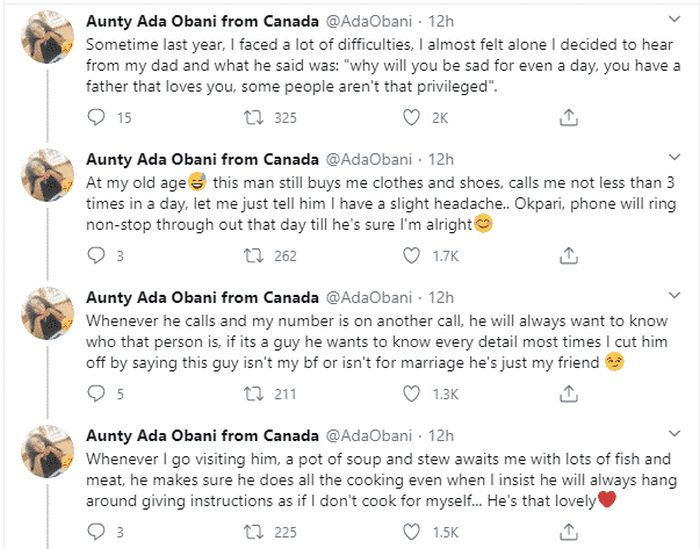 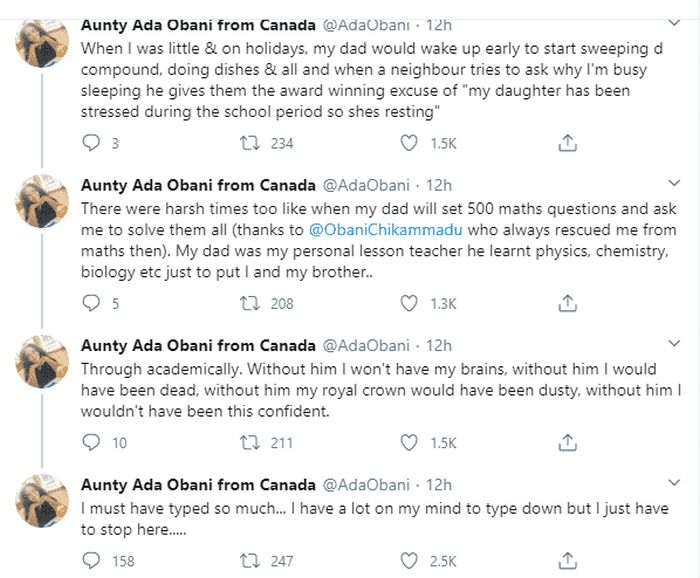 The post How My Father Single-Handedly Trained Me And My Siblings After Our Mother Abandoned Us – Lady Narrates appeared first on Naijaloaded | Nigeria's Most Visited Music & Entertainment Website.

MUST READ:  Finally! ‘Wizkid Says His Album ‘Made In Lagos’ Is Done