Photos of a police cell in Kano State has gone viral on social media after being shared by a police officer.

@elkaybaba who shared photos of the police cell, wrote:-

This is not a student hostel

This is not a hotel room

This is a police cell in kano. Things like this give hope for a better policing in this country insha Allah. Police is your friend 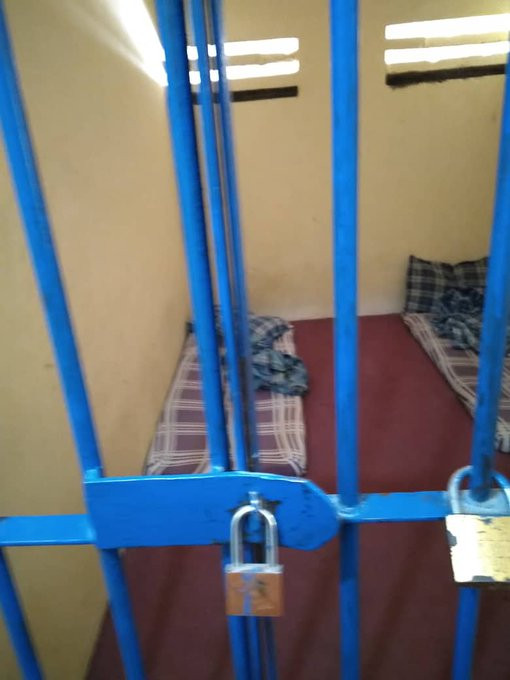 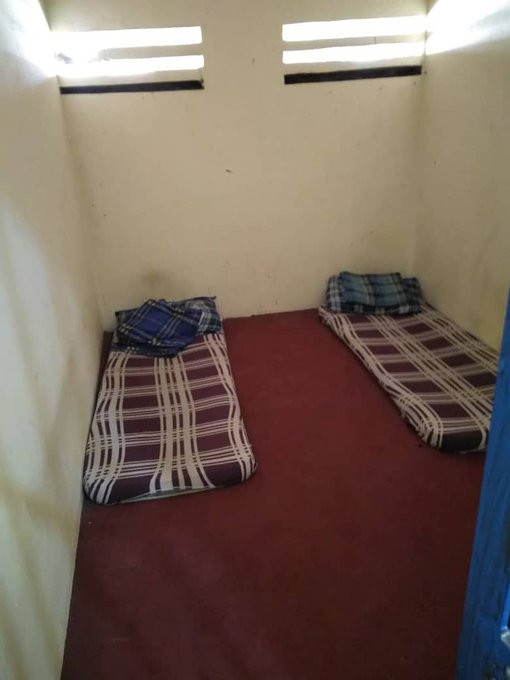 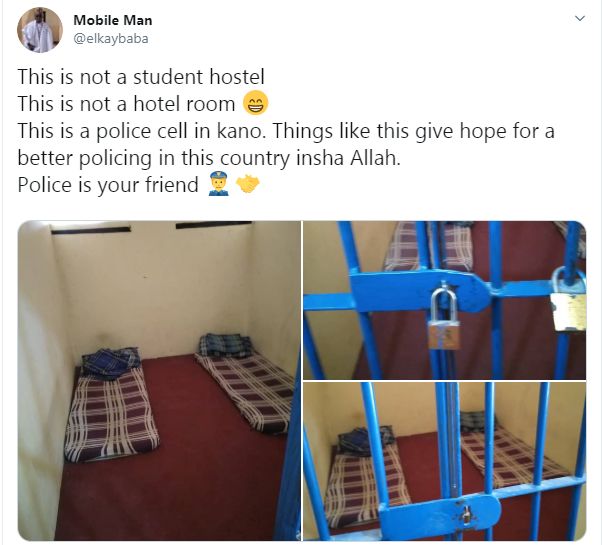 The post Have You Seen This Before? Police Cell In Kano (Photos) appeared first on Naijaloaded | Nigeria's Most Visited Music & Entertainment Website.