According to the actor, he hears the cry of a baby girl who would be like former Big Brother Naija housemate, Tacha.

The actor who recently revealed that a lot of marriages in Nollywood would last if actresses were loyal to their husbands as Chioma is to Davido, expressed that Adesua, apart from being a colleague is a younger sister to him.

Taking to his Instagram page, he revealed that he fasted for twenty days for the actress to have an intelligent baby just like Tacha.

MUST READ:  JUST IN!!! Fani Kayode Set To Sponsor Scholarships For 300 Nigeria Students 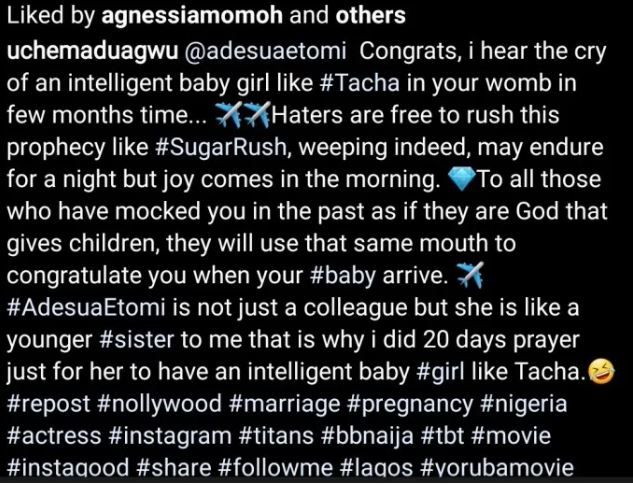