So Earlier today Omashola was tweeting  his own random tweets and a certain tweet caught the attention of his former BBNaija’s housemate Jackie.

It seems that the personal beef between them extended pass the big brother’s house. Nobody has seen them together since they left the house unlike other housemates we’ve seen hanging out.

Omashola’s tweet looks harmless but Jackye was not having it.

Jackye took her twitter page to reply angrily by telling Omashola that he has not made 5% of what she has made this February alone since they left the big brother’s house.

MUST READ:  We Have Smuggled Our Leaders To Cameroon For Treatment – Biafra Group Boasts 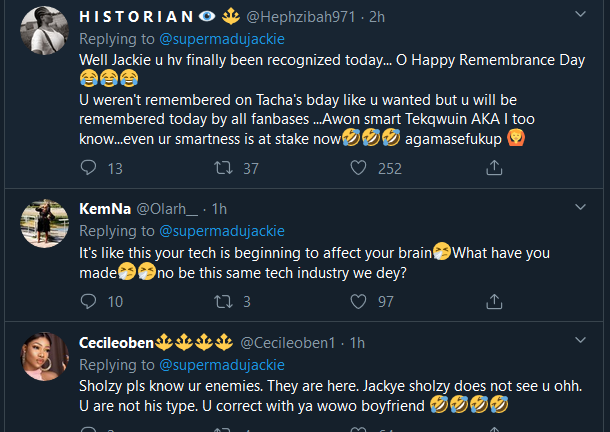 Or Who Do You Think Is Richer?