Yet another loss tonight – Tottenham is out of the Champions league

Tottenham were totally outclassed by a youthful RB Leipzig squad and steadily Mourinho who was brought into replacing Pochettino is perhaps under fire too.

Tottenham champions league campaign came to an end after they lost 3 – 0 to RB Leipzig. 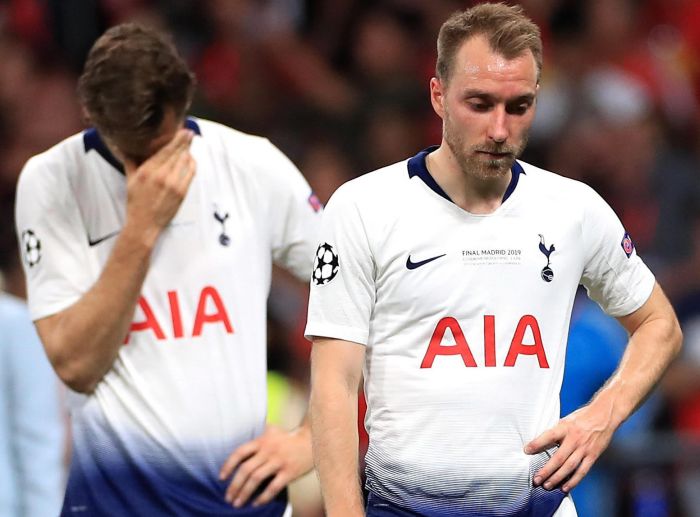 This is it, Mourinho hasn’t impressed since he took over from Pochettino.

MUST READ:  PACK YOUR BAGS! Solskjaer Set To Sell These Man United Stars

There have been few positives here and there but truth to be told, Tottenham have been grossly inconsistent and possess a leaky defence.

In all sincerity, this is the most terrible job Mourinho has ever accepted since he started out as a coach.

Mourinho was certainly brought in to win trophies and possibly make it to the top four. But that’s not likely as Spurs lie 8th on the table and now they’re out of the Champions League, same team who made it to the final last season. Shocking.

Guys, with your football knowledge and point of view

Should Mourinho Be Sacked Since He Hasn’t Brought Any Changes To The Squad?

Let’s hear from you all as regards this.

MUST READ:  BFF!! Zlatan Ibile Buys Benz For Childhood Friend On His Birthday

The post FOOTBALL LOVERS!! If You’re The CEO Of Tottenham Football Club, Will You Sack Mourinho? appeared first on Naijaloaded | Nigeria's Most Visited Music & Entertainment Website.